CHATTANOOGA (WDEF) – Coyote Jacks night club is under assault on several fronts on Wednesday, all aimed at shutting it down.

First, the state of Tennessee has dissolved the business license for the restaurant and club, meaning no alcohol or beer can be sold there, beginning immediately.

The city is sharing the information with the Tennessee Alcoholic Beverage Commission to reconsider their liquor license.

Secondly, the city will file a nuisance abatement claim against Coyote Jacks by the end of the week.

That will shut the business down.

Once filed, there is a five day waiting period before the court can act to close the business.

In that time, both sides will be heard by the court.

Then the judge could shut down Coyote Jacks until they meet conditions set up by the court.

“We are moving as expeditiously as possible to ensure that residents in this area feel safe and secure in their neighborhood,” said City Attorney Phil Noblett.

“We plan to file, by the end of this week, a nuisance abatement complaint in the Court because of the ongoing safety issues resulting from activities at the establishment which have caused injuries to patrons and the public.”

Of course, this all follows this weekend’s deadly shooting at the club.

19-year-old Brandon Rogers was shot and killed on the patio of the bar.

This marks the 3rd homicide around Coyote Jacks in the past three years.

“As the violence of this past weekend illustrates, it is time to take aggressive action to put Coyote Jacks on notice,” said Chattanooga Police Chief David Roddy.

“The Chattanooga Police Department has been working closely with the City Attorney to take any and all action we have at our disposal to put an end to the violence we’ve witnessed at this location.” 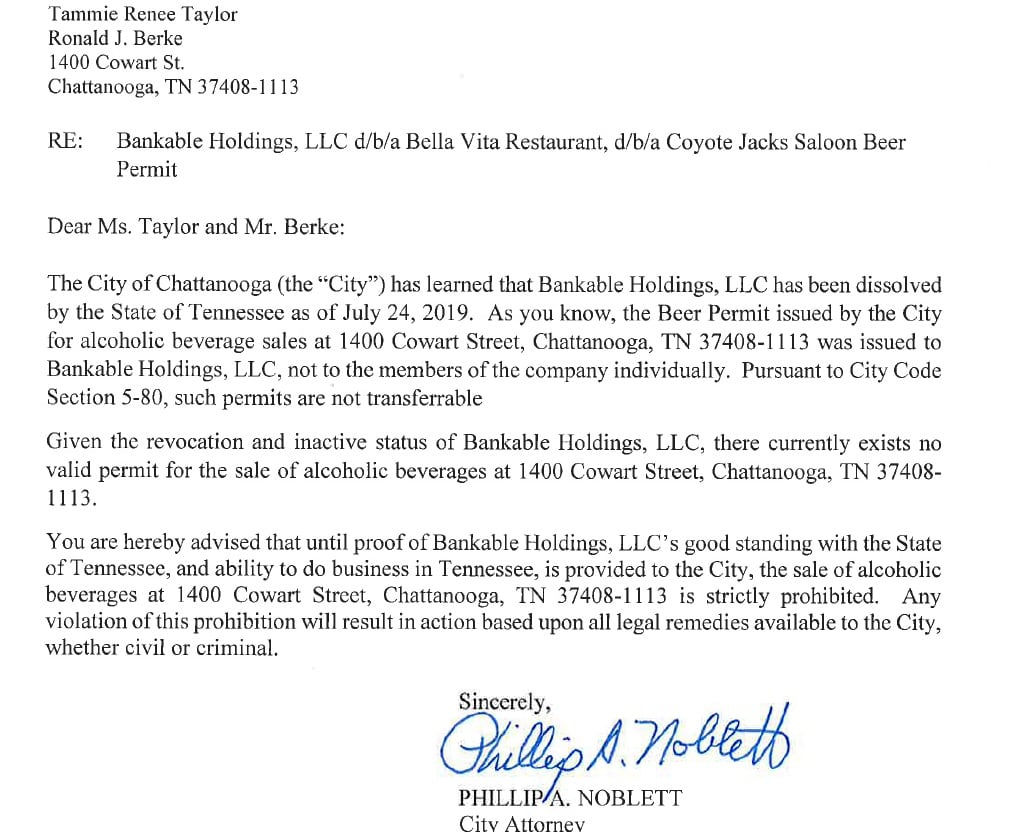