They held a special board meeting this morning to discuss the matter.

Dr. Russell Dyer, the director of Cleveland Schools, said that their current Central Office location on Mouse Creek Road next to Ross Elementary and Yates Primary Schools is not big enough to contain all of Cleveland City School administration under one roof.

They are currently spread out over five different buildings.

The board discussed the viability of renovating a larger building that is currently unused at 775 Raider Drive, across the street from Cleveland High School.

A new office would allow for everyone to be in the same spot and open the door to more integration with Cleveland High School such as putting on art showcases among other events.

Dr. Dyer says that bonds that school system has should allow them to undertake the project which is slated to cost about $759,000.

He said during the meeting, “I don’t think we would need any extra money to operate the building, as far as going back to the city council asking for funds. I don’t think there’s any need for us to dip into any other expenses we may have to operate the system. I think we can still go through, and if the board wants to do a raise for employees and so forth, I think we are still going to be able to do that.”

The board passed a motion in support of renovating the Raider Drive building into a new central office.

The Cleveland City Council will have final approval on the project.

The board discussed turning the current central office building into extra space for Ross Elementary and Yates Primary. 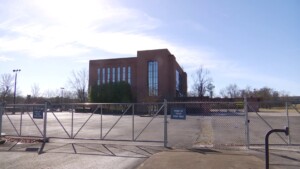 The potential new location of a relocated central office for Cleveland City Schools at 775 Raider Drive.