NASHVILLE, Tenn. (WDEF) — Like most performers, country music artist Sophia Scott is pumped to be back on stage again.

Her new EP “One of These Days” just came out June 2.

“It’s definitely been a long time coming,” Scott said. “Some of these songs I wrote three-and-a-half years ago, so I’ve been holding on to them for so long, so it’s like this crazy transition of having had them, and they were so personal to me, and I’m like now they’re out there for the world, and I let go of them in a sense.”

Her favorite song on the EP right now is “Don’t Tempt Me.”

She says it’s a good summer anthem for getting back out, partying with friends, and having a good time.

Sophia tells News 12 her own personal experiences inspire her music, along with her family and friends.

Even the movie Charlie’s Angels inspired her song “Leather Skirt.”

Sophia says a tour is in the works, so stay tuned. 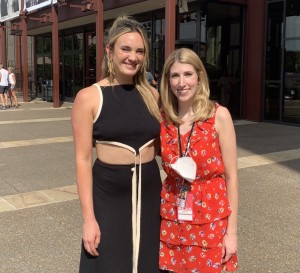