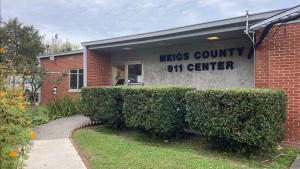 DECATUR, Tennessee (WDEF) – A Tennessee audit finds that the former 911 director in Meigs County misappropriated more than a million dollars over a ten year period.

Kelly Taylor died last year just as the investigation was becoming public knowledge. The case was investigated as a suicide.

Comptroller investigators say she used fake invoices from both real and fictitious vendors and then cashed the outgoing checks to them.

They say she forged some signatures of board members in the process.

Investigators say Taylor falsified budget reports to the board to cover the expenses.

They also found she got a duplicate travel reimbursement, and used her work tools like her phone for personal use.

Even though they cannot prosecute the director, the Comptrollers Office says the board needs to tighten up their standards.

“The district’s board must ensure it provides adequate oversight to prevent fraud, waste, and abuse,” said Comptroller Mumpower. “The board allowed the former director to have complete control over the district’s financial documents and bank statements. This allowed the former director to falsify checks on a near-daily basis. The board also failed to correct 13 years of repeated audited findings related to segregation of duties and overspending.”