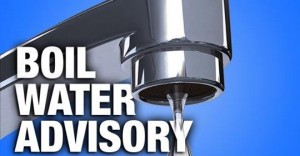 TRENTON, Ga. (WDEF)- Some residents in Dade County are under a Boil Water Advisory after the extreme cold snap that impacted the Tennessee Valley over the weekend.

The Dade County Water and Sewer Authority has issued a following statement.

“The Dade County Water & Sewer Authority is issuing this advisory for Valley locations North of the City of Trenton due to loss of positive pressure which may be disrupting your water supply or causing water pressure in parts of the water system to drop to very low levels. The extreme cold weather has caused unprecedented water use that has depleted our water storage tanks in the North end of Dade County. The advisory is being issued out of an abundance of caution – there is the potential a health hazard may exist due to microbial contamination in these areas without positive pressure.

In order to protect the public from a potential health hazard, customers that have experienced water outages and/or low water pressures are advised to use only boiled tap water or bottled water for drinking, cooking, or preparing food. To properly boil tap
water for use, customers should:

• Heat water until bubbles come quickly from the bottom of the container;
• Continue heating the water for one minute once it begins to boil;
• Remove the water from the heat source and allow to cool before use.

During a Boil Water Advisory, the Centers for Disease Control (CDC) recommends that boiled tap water or bottled water be used for the following:

Other activities such as clothes washing, dish washing and other uses can be donewithout boiling tap water, if done properly. The complete CDC guidance can be found at this website: https://www.cdc.gov/healthywater/emergency/drinking/drinking-wateradvisories/boil-water-advisory.html. The advisory is in effect until Dade County Water & Sewer Authority has done the appropriate testing to be confident that there is no longer a public health concern. Customers will be notified immediately when the Advisory is lifted. Once the Advisory is lifted you should flush all faucets for a minimum of two minutes before using for drinking or food preparation.”

News 12 will update this story once we learn more information.