ELIZABETHTON, Tennessee (WDEF) – A private jet carrying Dale Earnhardt Jr. and his wife has burned on the ground.

Authorities say the plane ran off the end of the runway at Elizabethton Airport and caught on fire.

The passengers all got out of the plane okay.

“I can confirm Dale, Amy & Isla along with his two pilots were involved in a crash in Bristol TN this afternoon. Everyone is safe and has been taken to the hospital for further evaluation. We have no further information at this time.”

The airport services the Bristol Speedway, which hosts the Food City 300 Friday night. 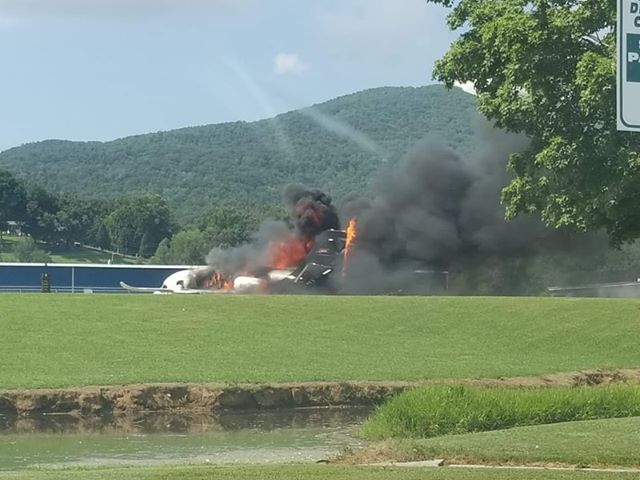 photo by Stephanie Parshall/ from WJHL

Roethlisberger retires at 39: Time to 'hang up my cleats'