Jack Harris was armed with a starter pistol, but it looked like a lethal weapon to officers

Officers shot and killed a suspect who was only armed with a stater pistol.

But after reviewing the case, D.A. Chris Arnt ruled that officers had no way of knowing that.

He looked at reports from the officers, the GBI and a witness account from the woman the suspect was beating.

She says that Jack Lamar Harris came to her house in August of 2020, drunk and high on crack.

They got into an argument and he beat her throughout the night.

The next morning, she managed to get his phone and call 911.

She says when Walker County deputies and Drug Task Force officers arrived, he went out to meet them with a gun.

The officers say that when Harris came out, he kept one of his hands hidden.

They ordered him to show his hands, he refused with a curse and then went back into the house.

They say he returned with the gun and pointed it at the nearest officer.

That’s when the other officers opened fire, hitting him with ten rounds.

They later found the weapon was only a starter pistol and not dangerous. 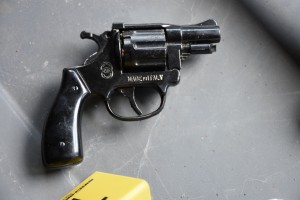 The officers found the woman inside, severely beaten, and sent her to the hospital.

She told them that when Harris learned that police were on the way, he told her he would kill both of them when they arrived.

He then called a family to member to tell them he was about to die. 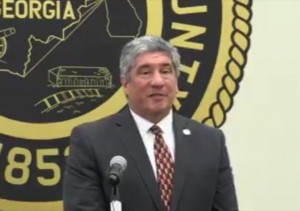 The District Attorney concluded the shooting was justified.

He says officers knew that Harris had a violent criminal history and he was engaged in assaulting a woman inside the home.

He says they had no way of knowing that the weapon he pointed at them was not lethal.

“The loss of anyone’s life is tragic, and the decisions and actions that lead to Harris’s death were the direct result of his own choices. I hope and pray that the officers who were forced to take actions that resulted in the death of Mr. Harris, are able to cope with the trauma this has caused them. I also hope and pray that (the domestic assault victim) has a full recovery from her injuries.”