Authorities in southeast Alabama say they’ve arrested a suspect in the killings of two high school students 20 years ago with the help of a private lab and a public genealogy database. Coley McCraney, 45, faces murder counts in the Aug. 1, 1999 killings of J.B. Beasley and Tracie Hawlett, who were found fatally shot in the trunk of Beasley’s car, not far from the Ozark convenience store where they were last seen, reports CBS affiliate WTVY. McCraney is also charged with raping Beasley, authorities said.

The two best friends had left their home in Dothan the previous night to go to a birthday party, but got lost and ended up in nearby Ozark, the station reports. Hawlett reportedly later called her mother to tell her they had received directions and were on their way home.

They never made it.

Hawlett’s mother, Carol Roberts, told the Associated Press she went numb when she first heard of the arrest.

“We were just in shock,” she said. “We still have a long road ahead of us.”

Ozark Police Chief Marlos Walker wouldn’t detail how McCraney, a married former truck driver who also served a brief stint in the military, allegedly encountered the girls that night. He said investigators don’t yet have a motive. But he described how authorities were able to hone in on McCraney as a suspect using genetic genealogy, an emerging DNA technique gaining popularity among law enforcement since it was used in California last year to identify Joseph James DeAngelo as the suspect in the notorious “Golden State Killer” case.

“The Golden State Killer happens, we see that, and we’re like, ‘You know what? Let’s try that,'” Walker said.

The technique utilizes public DNA databases, where users who have obtained their own DNA profiles from commercial companies such as Ancestry.com and 23andMe can upload them to expand their search for relatives. Since DeAngelo’s arrest, other cold case investigators have used unidentified suspect DNA profiles to search the public databases of genetic blueprints in the hopes of finding a “partial match” — a relative — and developing a family tree to narrow down the search for a suspect.

The technique, which has raised privacy concerns, provides a new avenue for investigators who have been able to develop unidentified DNA profiles from crime scene evidence, but haven’t come up with a match through the FBI’s national criminal database. Since McCraney hadn’t previously been arrested, his DNA hadn’t been entered into the database known as CODIS, the station reports. 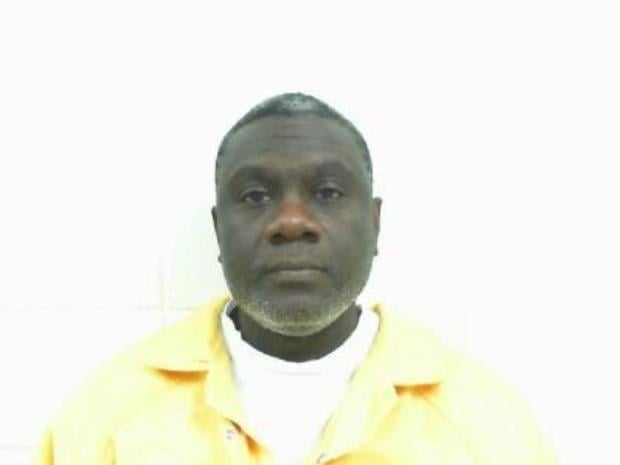 Walker said his department partnered last fall with Parabon NanoLabs, a private lab based in Virginia, to run the analysis via the public database GEDMatch. The technique uses a profile culled from DNA collected at the crime scene. Investigators found a relative, and from there identified McCraney as a suspect. A DNA sample collected from McCraney confirmed the match to the crime scene DNA, Walker said, and he was arrested during a traffic stop Friday near Daleville.

Walker said he knew McCraney, who attended school in Ozark, and said he was “very surprised” when the match came up.

“Every person I talked to said the same thing,” Walker said. “But the DNA doesn’t lie.”

Walker said the arrest has been a “long time coming” for the community, law enforcement and the victims’ family.

“Everywhere I’ve been in this last 48 hours, people just have a sigh of relief to know who was responsible for this crime,” Walker said.

District Attorney Kirke Adams said he would seek the death penalty on the multiple capital charges filed against McCraney. He said McCraney is being held without bail in the Dale County jail, and a preliminary hearing would be scheduled sometime within the next few weeks.

Speaking to the victims’ family, he said, “I cannot imagine what you’ve been through and what you’re thinking today.”

“I pledge to you, my office will be the voice for J.B. and Tracie,” he said.

McCraney’s lawyer, David Harrison, told The Associated Press on Monday he’s concerned that “social media convicts him before we’ve ever seen the evidence, and that’s troubling to me.”

Harrison described McCraney as an outstanding member of the community and a married man with children and grandchildren. He’s been a truck driver and had his own church where he preached as recently as three weeks ago, Harrison said.

He said he may ask for the trial to be moved to a different venue to ensure an impartial jury.

“My heart goes out to the victims’ families,” Harrison said. “It’s a tragedy. We don’t need to make it make three tragedies by convicting him.”