CHATTANOOGA (WDEF) – A trash fire in the back of a dump truck, didn’t look like much.

But it was hot enough to peel paint off the truck.

The Santek truck had just loaded garbage at the Care Med Ambulance officers near Amincola this afternoon around 2PM.

But Care Med personnel noticed a plume of white smoke coming from the back of the truck.

They flagged him down, but as soon as he stopped, they all heard a boom from inside the garbage and the smoke turned black.

The driver got fire extinguishers from the truck to battle the blaze.

But when the truck paint began melting, the ambulance personnel stopped him.

They treated him and he was eventually transported for smoke inhalation.

Fire crews ended up putting out the fire. 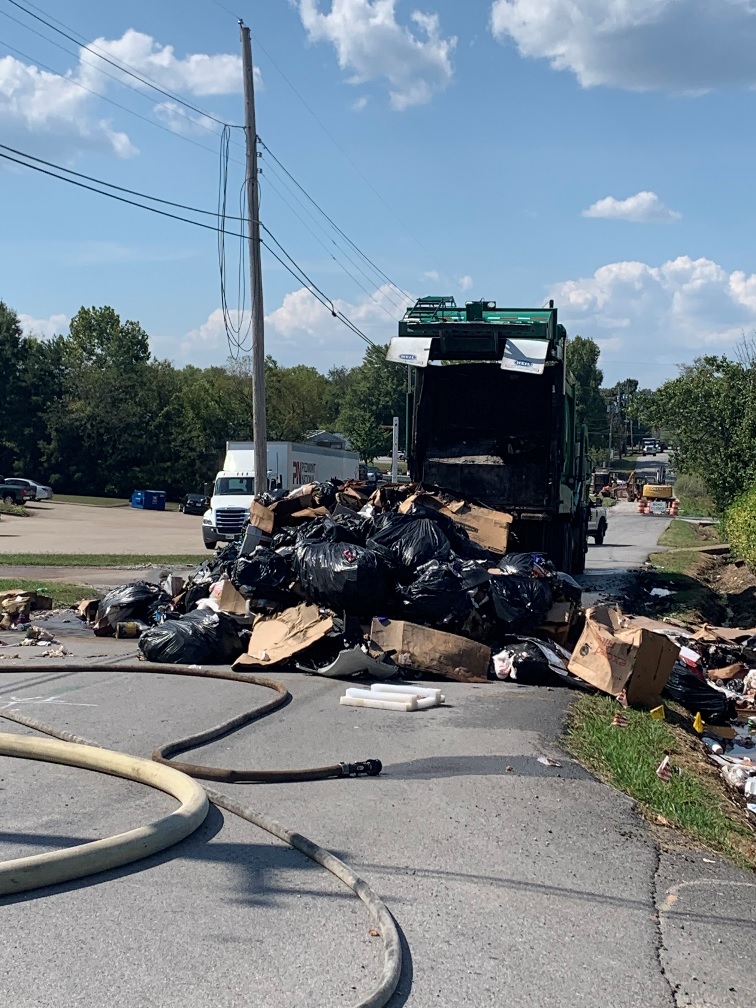