An eccentric millionaire’s home that plays its own tune

In the Pittsburgh mansion-turned-museum known as the Bayernhof, the 1920s player piano that magically conjures up the spirit of stars like George Gershwin is just one of more than 140 rare music machines that all come together to bring the story of one man back to life. From the self-playing banjo upstairs to the self-playing orchestra in the foyer, curator Jim Mousseau guides visitors through the home of one off-beat millionaire.

As Mousseau explained, “If you don’t have any money, you’re a nut. And if you do, then, you’re eccentric!”

Charles Brown III had a lot of money, and he was very eccentric.

Born in 1937, he made his fortune in the gas lamp business, and spent a good chunk of it building his Bavarian-inspired dream home overlooking Pittsburgh. There are six bedrooms, 12 bars, an indoor pool, and surprises around every corner, like the secret passages that lead … somewhere.  “Watch the first step, it’s a doozie,” warned Mousseau.

As whimsical as Brown’s home was, he was fairly buttoned up. He was rarely seen without his signature blue Oxford shirt. After he died in 1999, the executors of his estate discovered he had 283 of them.

The bottom floor of the Bayernhof is a labyrinthine cave made out of concrete and papier-mâché. Because, well, why not? 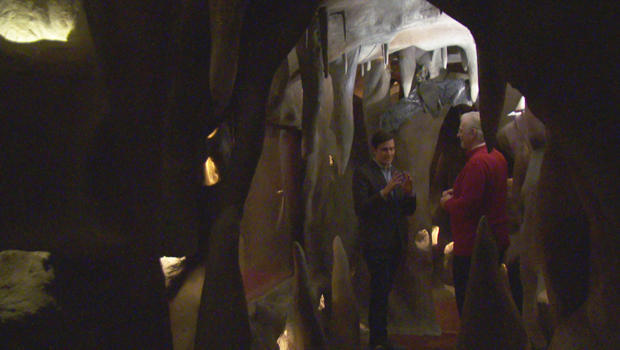 And Brown filled his home with mechanical musical instruments, most of which, like the 1908 double violin, were never intended to be featured in private homes. They were meant for hotel lobbies and speakeasies. Drop in a nickel, and hear your favorite song.

But Brown started adding them to his home in hopes of making it museum-worthy. Mousseau said, “In 1988 he realizes, as neat as the house was, it wasn’t going to be a standalone museum. He needed another attraction. So, he started collecting the music boxes.” 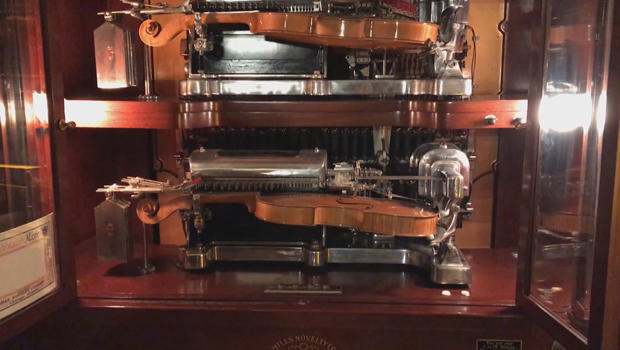 This mechanical device will play not one, but two violins.  CBS News

“He secretly wanted this to be a museum?” asked correspondent Conor Knighton.

“Oh yeah. Nobody knew that ’til after they read the will.”

Because the Bayernhof is in a residential neighborhood, it can’t operate like a traditional museum. There are only seven small group tours a week, arranged far in advance, and the $10 tickets don’t come anywhere close to covering the cost of maintaining a place like this, or the machines inside.

But Charles Brown – “King Chuck” – left behind enough money to take care of that. He wanted the music at the Bayernhof to keep playing long after he was gone.

And so it does.

Knighton asked, “How do you think he would feel that we’re here right now and talking about this?” 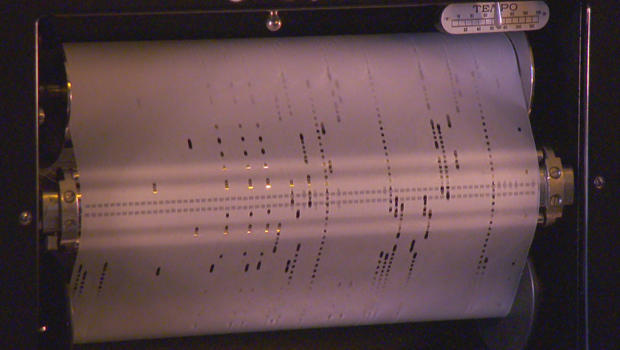