Electric Lady is the house that Hendrix built. Through a discreet doorway in New York’s Greenwich Village, you slip into what seems like a psychedelic spaceship – a musician’s Shangri-La.

On any given day, in its four studios, you could catch Lucius laying down a track – or The Black Keys’ Dan Auerbach at work – or in Studio A, Roger Waters, of Pink Floyd.

“I love this studio,” he said. “I love the old hippie-dippy thing; just going up and down the corridors is kind of an experience. And that room is a beautiful room. It’s got a proper piano in it. So it encourages you to still believe you’re a musician!” 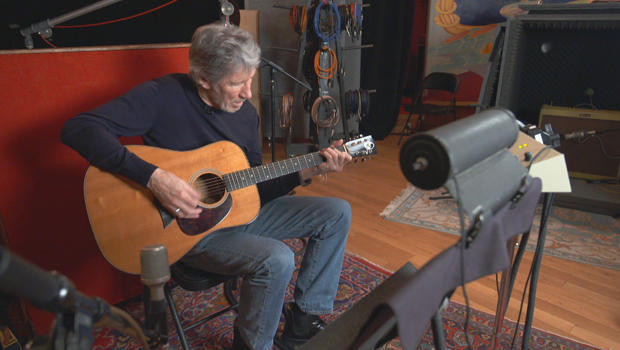 Electric Lady was the first recording studio designed and built for an artist. John Storyk was a young architect when he got a call in 1969: “‘Do you wanna do a club for Jimi Hendrix?’ Imagine, I’m 22!” 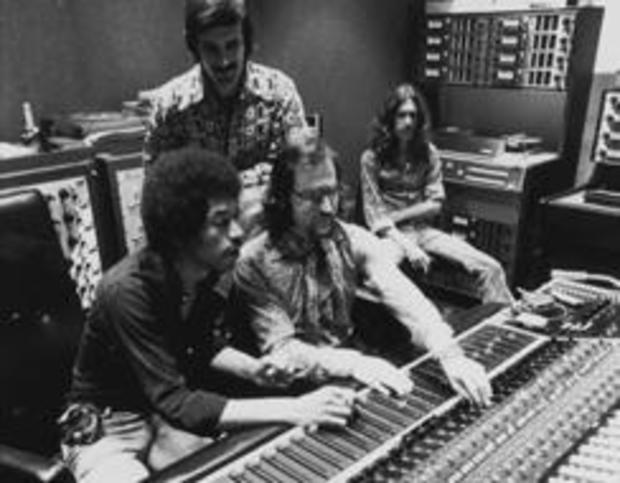 The secret to the sound, Storyk says, came from the unusually-shaped ceiling: “And I think that’s the magic in the room. I now know why the ceiling is working. At 22 it was a guess.”

Hendrix unveiled his studio with an opening night party on August 26, 1970. Patti Smith was there: “I talked to him. He told me he was on his way to London. He told me all his hopes and dreams. I still harbor them.”

The next day, he left for England, where three weeks later Jimi Hendrix would die of a drug overdose. He was 27.

But his studio did not fall silent. In the seventies, Stevie Wonder would record three albums there (including “Talking Book”). Led Zeppelin made parts of “Physical Graffiti.” David Bowie recorded “Young Americans.”

Though Hendrix barely got to use his dream studio, other musicians were drawn to its magic.

And when Questlove produced D’Angelo’s landmark “Voodoo” album at “Jimi’s house” in the late ’90s, they became convinced that Jimi the house cat, was in fact Hendrix himself.

“There was a point where there was this like shrieking feedback noise was happening,” Questlove said. “None of the engineers could find the source of it. The cat jumped on top of the speakers, walked over and pressed a button, just muted that noise. That’s Jimmy Hendrix!” he laughed.

But as the century turned and the internet began to erode the music business, Electric Lady lost its allure.

“In fact, there was a 10-month period when there was not a single session here,” said Lee Foster. He’d started as an intern at the studio in 2002: “And I’m thinking, you know, ‘This is gonna be Shangri-La, this is gonna be amazing.’ And I walked in and the very first thing that I remember about this place is that a ceiling tile had broken through, and someone had taken a white pizza box and shoved it in its place as a replacement.”

Foster would work his way up to become general manager, determined not to let the Hendrix dream die.

Correspondent Anthony Mason asked, “The history of this place meant something to you?”

“Sure,” said Foster. “And it felt like something worthy of thought and protection. Do something.” 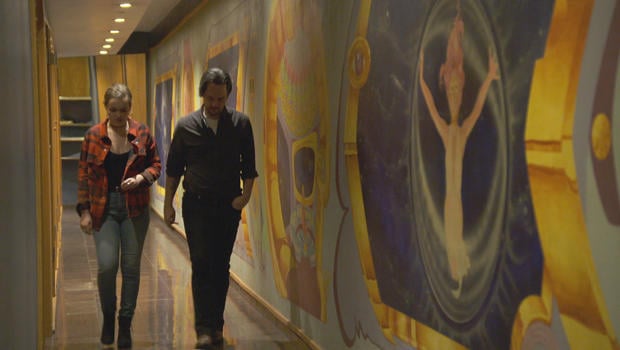 Foster spent nights in the studio to fix it up, and offered free sessions to artists he admired, like Ryan Adams. Early one morning in 2006, it started to pay off. “And he called at 5 a.m. and he said, ‘Hey Lee, it’s Ryan!'”

Adams remembered the call: “And I was like, ‘Hey, man, remember you said I could have a free session?'”

It was, Foster said, a “massive” moment for him.

“It was  like a Noah’s Ark moment,” Foster said. “I wanna get everybody here and get ’em safe and we can all travel together.”

“I think that’s what Jimi wanted. Because if you look around at all the paintings and you’re in this vehicle that he sort of had in his head, and it’s like we’re all traveling through space or whatever, it’s kinda beautiful, you know what I mean? Let’s go somewhere else. Let’s all go together.”