Matthew Perian was killed in a wreck Tuesday morning

ETOWAH, Tennessee (WDEF) – Fire officials are sharing more on their teenage member who was killed in a crash Tuesday in McMinn County.

18 year old Matthew Perian was driving on Highway 411 between Etowah and Delano around 6:30 AM.

But his career with the Etowah Volunteer Fire Department goes back further than that.

The Department posted that he began as an explorer member at the age of 14.

“In a world with so much pain and hurt, we ask that you be like Firefighter Perian and just be kind.” 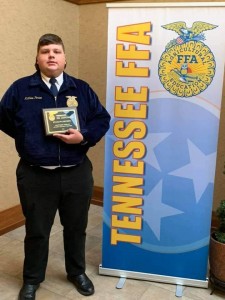