It’s the house that Howard Stern built. Over the past 13 years, the so-called shock jock helped SiriusXM satellite radio grow from a fledgling experiment into a 33-million subscriber empire. “This is what heaven might look like when you finally get there as a broadcaster!” he laughed, showing off his studio.

But die-hard fans know the more shocking development may be the evolution of 65-year-old Stern himself.  “People assumed I’d come here and it would be the raunchiest show on the planet,” he said.

Sure, there are still plenty of juvenile bits about sex and bathroom habits, but there are also moments such as when actress Charlize Theron talked about how a Hollywood producer hit on her: “I knocked on the door, and he opened up the door and he was in his pajamas. And then he sat down and he started talking very close to me. That was strange. The drinking bothered me. I was like, this doesn’t feel right.”

Time and time again, when celebrities sit down in Stern’s studio, they reveal personal stories they maybe haven’t shared with anyone else.

Smith asked, “Why do you think it is that celebrities open up to you?”

“I think what happens is  — and I’ve spent a lot of time reflecting on this – my whole career has been about honesty, painful honesty. You know, penis size, insecurities, I hate the way I look. Like right now, I’m so aware of this camera, and I have my glasses off, and I look horrible!”

The broadcasting giant discusses his latest book, “Howard Stern Comes Again,” and how psychotherapy and a serious health scare changed the way he approaches celebrity interviews – and himself. CBS News

“Yeah, well, thank you, but I feel that way. And so, you know, I think that kind of honesty, when people walk in, they feel that expectation that maybe they should open up.”

As we saw in his 1997 movie “Private Parts,” Howard Stern changed radio itself by sharing everything, no matter how cringe-worthy. He interviewed strippers, and became a superhero named “Fart-Man.”  It made for great ratings, but a mess of a personal life.

“I was childish, a narcissist,” he said. “My life was in crisis. I got a divorce. I have three daughters. I was concerned about, what does life look like now? How am I a good parent on my own?”

So, several years ago he started seeing a psychotherapist, and wound up going four times a week.

Smith asked, “Are you happy now?”

“I’m a lot happier now,” he replied. “I’m still pretty miserable, you know? There’s still an angry guy in here somewhere, but I’ve learned to have a conversation with him, and kind of live with him.”

But he also lives with guilt about how he treated some guests, seeing his interview subjects as “an annoyance, people who get in the way.”

“You say that one of your biggest regrets is Robin Williams?” Smith asked.

“Yeah, well, there’s a lot of regrets,” Stern said. “I wanted to call him and say, ‘Listen, I’m a huge fan of yours. And when you came in my studio, I was insane. I was not in the right mind to do an interview with you, and you came in so open and ready to perform, and that should have been celebrated.’

“And oddly enough, I said to my wife that morning, ‘I’m gonna get on this.’ And then I believe it was either that day or the next day, whatever, but he killed himself. And I never got the chance to apologize. And I just wish I could have, you know?”

Today, Stern does extensive research, so by the time a guest hits the couch, he knows just what to ask.

“Do you feel like you’re a therapist, in a way?” Smith asked.

“Some people have said to me, ‘Oh, I didn’t know we were gonna do a therapy session!'” he said.

“You don’t necessarily want to hurt people’s feelings? Is that fair to say?”

“No, I don’t. I’m not after … I think there’s this impression that I’m after some kind of ‘gotcha moment’ or something. I’m not. I’m after really having a great conversation with someone.”

He’s compiled his favorite interviews into a book, with a title that shows he hasn’t changed that much: “Howard Stern Comes Again.” (It’s published by Simon & Schuster, a division of CBS.) 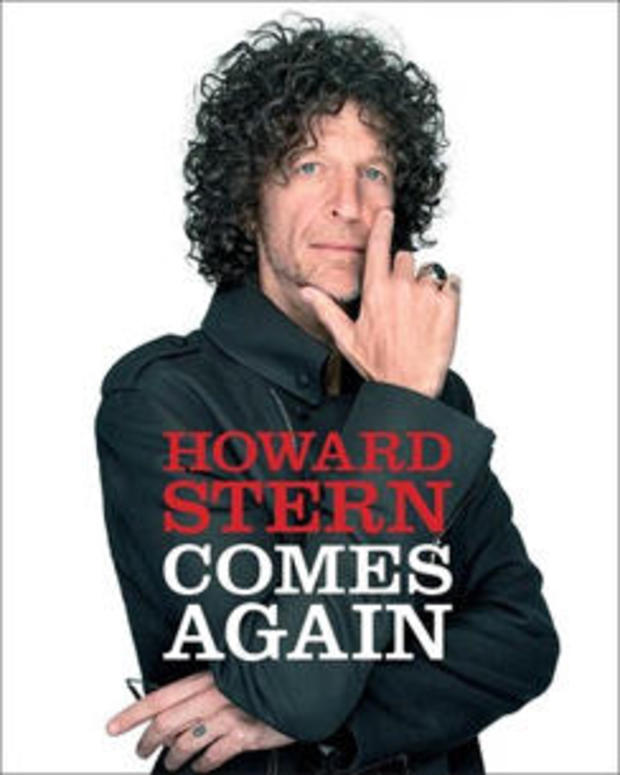 Smith asked, “So, what do you say to those folks who dismiss you as this vulgar guy – I’m not gonna read his book because he’s that potty-mouth guy?”

“Well, I’d like to say to them that I think if they read this book, you can learn something from them. What was it that drove them? What are they struggling with? There’s a lot of human drama in these conversations,” he said.

Along with big gets like Paul McCartney and Madonna, the book includes several interviews with Donald Trump, from the 1990s until right before the 2016 election.

“You say he’s one of the best guests you had?” Smith asked.

“He is one of the best guests ever. Why? Because as a radio guest, he says whatever pops into his mind, and he understands how to play that game.”

“So, he’s a great radio guest. What do you think of him as a president?”

“Well, listen, he asked me to endorse him, and I couldn’t,” Stern said. “I couldn’t. Donald and I disagree on a lot of things. And I had to say to Donald on the phone – it was uncomfortable – ‘I can’t endorse you.’ I always had a good feeling about Donald. But the presidency’s a different story, you know?

“I don’t sense his passion for it. I think he’d much rather be at Mar-a-Lago! I’ve been to Mar-a-Lago and had dinner there, it’s fantastic, it’s like a dream. Why would you wanna leave?”

Today, Stern has a staff of about 60. Sidekick Robin Quivers has been with him from the beginning, and when she recently faced down cancer, it shook him.

Smith asked, “Did you allow yourself to think about, What if I lose her?”

“I cried, I cried like a baby,” he said. “It was horrible. I just lost it. I couldn’t control myself. I was like, ‘Oh my God, Robin, I’m gonna lose Robin.’ You know? I couldn’t imagine my life without her. I don’t know that I would even continue to do a radio show if I lose Robin. I don’t know how that would look.” 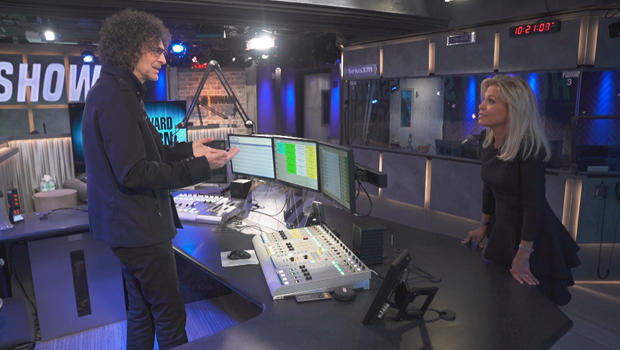 And then there was his own health scare. When he missed a day of work in 2017, he said he’d had the flu, but in truth he had surgery, because doctors suspected a spot on his kidney was cancer.

Stern said, “The weird thing about it was, I couldn’t admit it to the audience. I was afraid to.”

Why? “I didn’t want to admit that I was somehow getting older and, you know, it brought out a lot of issues. I wasn’t indestructible; I’m not Superman, I’m human. And it hit me like a ton of bricks.”

Turns out it wasn’t cancer. And while he may not be Superman, he and his wife Beth are heroes of a sort, to a rather astounding number of rescue animals. “We’ve had over 1,000 cats come through our house,” he said. “And we’ve gotten homes for all of them.”

A fitting image for the “evolved” Howard Stern – declawed, maybe, but sharper than ever.

Smith asked, “Well, it sounds to me that part of this evolution is allowing yourself to get close to other people?”

“Yeah, yeah, I’m able to tell people what I think of them, and how important they are, without feeling ashamed,” he replied. “You know, it’s just for so many years I was afraid to feel attachment. And now, I’m open to the idea of being a human being!”