Explore the Mystery of Bigfoot at Sasquatch Museum

Our first stop on our One Tank Getaway takes us to Blue Ridge where we take a look at the Sasquatch Museum to explore the mystery of bigfoot.

Fact or Fiction is Bigfoot real or just a legend… right here nestled in Blue Ridge Georgia there is all the evidence you need to make the decision for yourself. Ape man, yeti, skunk ape. Bigfoot sightings happen across the world. Many people say they have seen the Sasquatch in person, but does this mysterious creature really exist? 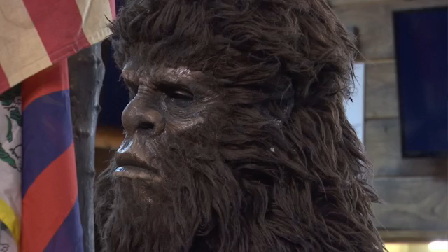 David Bakura said, “There are thousands of them biologist estimate there are 35 hundred in North America alone.”

David Bakura owns the Sasquatch Museum in Blue Ridge, Georgia. He has spent much of his life fascinated with bigfoot. Five years ago, he decided to move here from Florida, starting a family attraction and museum so those who travel to Georgia could see the proof they need to identify the creature.

Bakura said, “When we first moved up here, we thought this was a quiet area because there wasn’t too many stories about this particular area. Then after we moved up here and put the graphics on the building, the sighting reports started. We were unprepared for the amount of sightings.”

Bakura says police officers, firefighters, nurses and even truck drivers reported seeing images like these in the Blue Ridge community.

Bakura said, “A trucker came in here that lives in Chattanooga and he was driving his truck very close to Chattanooga and the trucker behind him, they both observed a large hairy animal on two legs that came out of the woods and went along the side of the truck at 50 miles an hour, then dropped on all fours and went up under his trailer, came out the other side and go up a hill.”

Bakura has filled his museum with many reports, the world’s largest display of footprints and sightings. He claims many farmers in our area have seen Bigfoot, stealing chickens and goats but that’s not all.

“A lot of folks come in here and they have seen them peeking in their windows at night especially if there are young children in the house,” said Bakura.

From sightings to donations from around the world, even something you might call a little strange.

“We also have a three foot Big Foot feces sample in here… people can see it, its a little bit of biological evidence,” said Bakura. 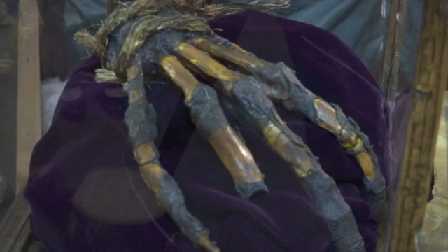 The self guided tour offers guests a chance to see the research so many people are curious about. Guests can examine the different shapes, sizes and colors of bigfoot that so many researchers have reported seeing.

Bakura notes that, “Some are very friendly, inquisitive, and some do not like us.”

Bakura himself has seen a Sasquatch, claiming they work very hard to not be seen in the community.

“I was on an official investigation so we know they were already there and they were coming there for nightly visits. My wife saw a big one and a little one standing next to each other peeking from behind trees from 40 feet away,” said Bakura.

You have seen some of the evidence but you might want to check it our in person before you make a decision. Call us crazy but the artifacts, witness testimony and even hair samples might be enough to make you question your original thoughts or maybe encourage you to step outside the box and into this Sasquatch Museum to take a look at a mystery that may never be completely solved. 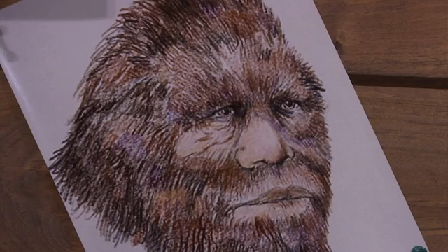 Bakura said, “These things work very hard to not be seen and there are reasons we are not suppose to know about them.”