DALTON, Ga. (WDEF) — Is the city of Dalton safer than Atlanta when it comes to COVID-19? According to the city’s Facebook post, the answer is no and the numbers may surprise you.

“One of the big differences between Fulton County and Dalton is the number of people down there that have been vaccinated in Fulton County. They are sitting right at about 50% of people that have had at least one dose of the vaccine and in Dalton that number is closer to 30%,” says Bruce Frazier, Spokesperson for the city of Dalton.

Just last week, the Mayor of Dalton declared a state of emergency due to the rapid rising cases.

Infectious disease director says they aren’t sure why the cases are so high but one thing they do know is that vaccination rates are way too low, especially in the younger age groups.

“There seems to be a lot of younger people that feel like” I take care of myself, I eat right and my BMI is in good shape” but unfortunately COVID doesn’t care,” says Sherry Gregory, Infectious Disease Director at the North Georgia Health District.

City of Dalton Spokesperson said that the city of Dalton thought that comparing the area to Atlanta would hopefully be a wake-up call for their residents.

“We want to make people realize the pandemic is still a very real thing and that we are in the middle of a bad breakout here in Dalton and Whitfield County,” says Frazier.

“You are either going to get the vaccine or you are going to get COVID. We want you to make smart decisions,” says Gregory.

The city is hosting multiple vaccination events each week and vaccines are readily available at pharmacies and the local health department. 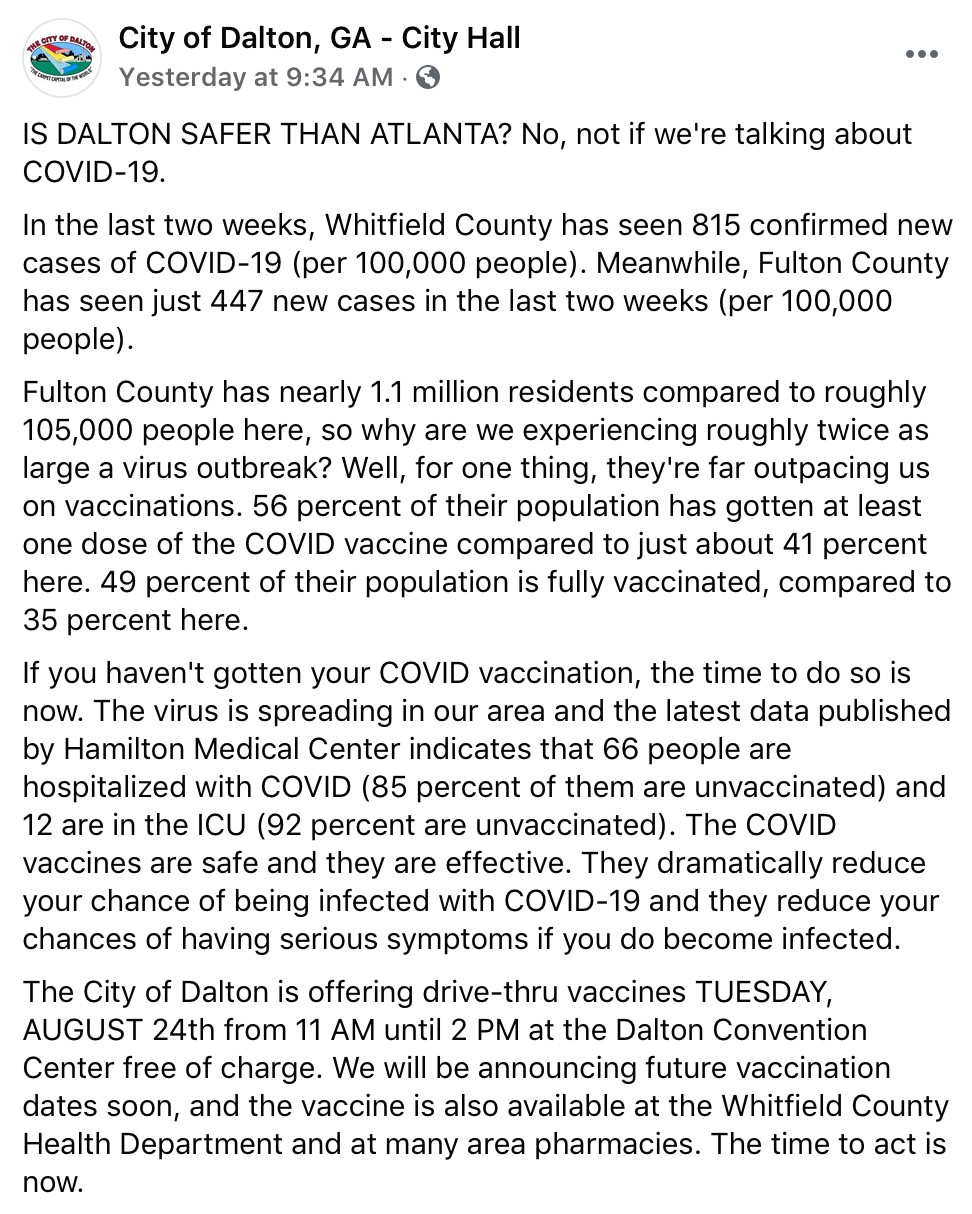