FedEx driver questioned about hundreds of packages in woods 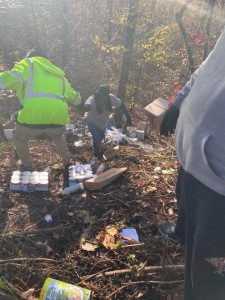 HAYDEN, Ala. (AP) – Authorities say they have questioned a FedEx driver after hundreds of packages were recently found in a wooded area north of Birmingham, Alabama.

The driver’s name wasn’t released, and Moon did not indicate whether any charges were possible.

As many as 400 packages were found on private property last Wednesday near the small town of Hayden.

FedEx said it was cooperating with investigators and that the person involved was no longer providing service for FedEx Ground.

It said it would deliver recovered packages where possible and seek resolution for damaged shipments.

Should your doctor test you for anxiety?