Jim Beck was just elected to the post last fall.  He has a long record of working with state government as an insurance lobbyist and a representative of the Georgia Christian Coalition.

The indictments accuse him of setting up several companies involved in home inspection and insurance damage inspections schemes. You can read a copy of the indictment at the bottom of this article.

They accuse him of defrauding the companies of $2,000,000 and then using the money for his campaign to become Insurance Commissioner last year.

Beck was in one of the closely contested races in November, in which he barely avoided a runoff with the Democratic candidate. 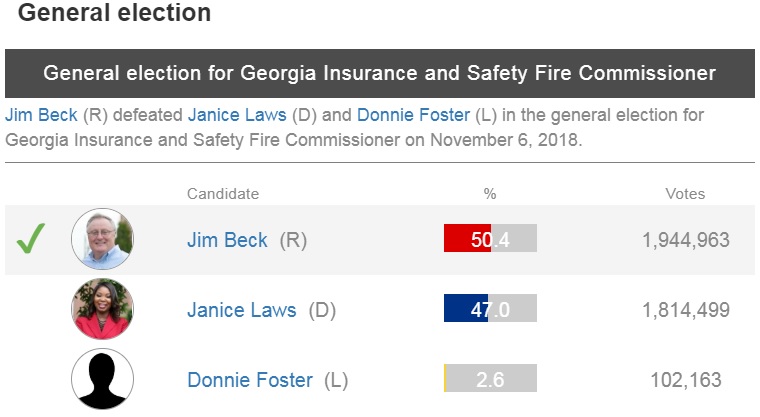 Embedded below is a copy of the criminal indictment against Beck.