Appear To Be Intentionally Set 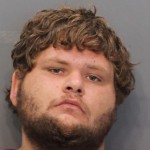 He faces charges of aggravated arson.

They credit local businesses with helping investigators identify the suspect.

3:00 UPDATE: The Chattanooga Fire Department says they now have a suspect in custody for the arsons. 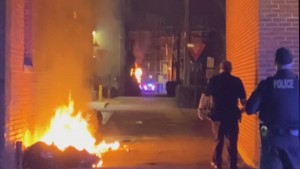 As of this time, there have been 11 dumpster and trash fires from Main Street to Cowart Street. It’s believed the fires were all set at the same time, around midnight.

Two apartment buildings (one at 14th & Market and the other at East Main & Market) had to be evacuated because smoke from the dumpster fires went throughout the structures, setting off the fire alarms and sprinkler systems.

Both buildings were ventilated to clear out the smoke. All of the fires were put out, with no injuries.

Chattanooga firefighters cleared the scenes from the dumpster and trash fires.

The residents in the two apartment buildings have all returned to their homes.