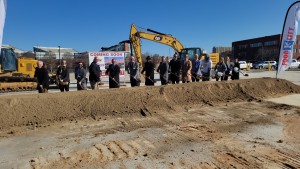 Chattanooga, TN (WDEF) – Food City broke ground this morning on a new downtown location. The new facility is set to open this summer.

“To be able to see the growth that’s happened in downtown Chattanooga over the, you know, the last several years is really, really exciting and it’s a great place for people to not only to live but to recreate down here,” said Smith. “We just wanted to be part of that, you know, obviously grocery stores, supermarkets need to go where rooftops are we a lot of rooftops around here, and we’re just delighted to be able to form a partnership here to put this store at the corner of broad and 13th street.”

The downtown Chattanooga store will include one of the company’s largest seating areas, including a sun-room and large outdoor patio.