From The Archives: 1982 Alabama Show

CALHOUN, Georgia (WDEF) – It is almost fitting that founding member of the group Alabama, died the week of the CMA awards.

His group would dominate the awards for years and the Vocal Group award in particular.

So when Old Dominion won the award last night, their acceptance speech turned into a tribute to Jeff Cook.

The guitarist and fiddle player died on Monday at the age of 73.

Old Dominion lead singer Matthew Ramsey said “Obviously, we’ve lost a lot of legends, but there’s nobody in this category, and really any category, that would be here without Alabama, and we just lost Jeff Cook.”

Cook and his cousins, Randy Owen and Teddy Gentry, formed the group back in 1969.

They spent years slugging it out on the bar band circuit across the south, before becoming “overnight sensations” in 1980.

But when “Tennessee River” became a hit off their debut album in 1980, it started a string of 41 charted singles for the group on the country music charts.

Cook was diagnosed with Parkinson’s Disease in 2007, but it would be several more years before the band would announce it.

He finally quit touring with his cousins in 2018.

Jeff Cook was never the outgoing member of the group.. he left the talking to his cousins.

But he provided the musical fire for the group.

And a highlight of their show was the song “If you’re gonna play in Texas, you gotta have a fiddle in the band.” That’s when he would pull his fiddle out to finish the song.

Our video from the News 12 Archives comes from the fall of 1982.

Alabama was preparing for another big night at the CMA awards.  But first, they had one more show to perform at Calhoun Musicland.

And fans from all over our area flocked to the show. 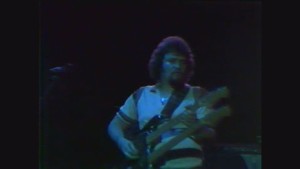 Chattanooga Native to Perform at Opry on Sunday