From The Archives: 1992 North Shore

30 years ago, the neighborhood pushed to bring the Aquarium progress across the River

CHATTANOOGA (WDEF) – Modern Chattanoogans may take it for granted that people want to move to the Southside, Riverfront and North Shore.

But it wasn’t always that way.

30 years ago, The Tennessee Aquarium had just opened up and the Walnut Street Bridge was getting turned into a pedestrian bridge.

But their was no 21st Century Riverfront makeover, no Coolidge or Renaissance parks, no downtown condo or housing projects and few restaurants.

At that time, the North Shore was just another Chattanooga neighborhood that had seen better days.

People were fleeing the area, like they had downtown.

This story from May 11, 1992 shows how business owners and residents banned together to bring progress across the river.

And since then, we have seen it spread to Main Street, Highland Park and South Broad Street.

This is the story that shows that the Tennessee Aquarium was just the beginning for an explosion of Chattanooga growth. 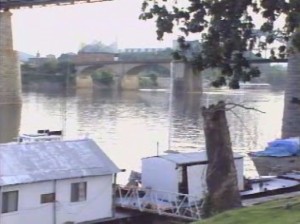 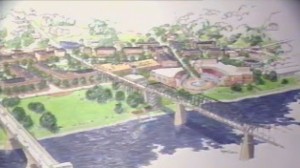 Police arrest suspect for homicide of man left in a car

More To The Story: Zoo Camp