They went to the Waterford Apartments on Shallowford Road around 2:45 PM looking for the pair.

But the arrests came with some drama.

But 42 year old Shawn Cranfield climbed up into the apartment attic and refused to come down.

Officers could hear him doing damage up there and eventually smelled smoke.

Officers eventually had to climb up and get him.

But they say Cranfield then said he had a hard time breathing.

So they sent him to the hospital, where he tried to escape again.

Detectives re-captured him there and took him to Silverdale.

They say they will file additional charges against him.

Both suspects were wanted on drug charges.

The outstanding warrants were: 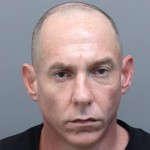 • Possessing a Firearm with Intent to Go Armed

• Possession of Meth for Resale (x2)

• Unlawful Possession of a Weapon 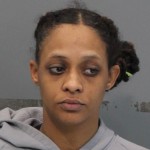 Erika Bell’s warrants were for: