ATLANTA (WDEF) – Georgia is bracing for another run-in with elections on Tuesday.

These are the runoffs from the June 9th Primary.

The party members go on to the general election in November (if the other party put up a candidate).

You may remember the election in June was marred by long lines, absentee ballot delays and (some) concerns over Covid-19.

Georgia had a record turnout of almost 2.4 million voters.

And that left us runoffs in federal, state and local races in 94 counties.

Here are the ones that have generated the most interest in our region of northwest Georgia.

You can view your personal sample ballot here at the Georgia elections website.

THINGS YOU NEED TO KNOW

— You cannot switch parties for the runoff… if you voted Democratic in June, you cannot switch to Republican now.  Of course, in November you can vote for whoever you want.

— If you did NOT vote in the June 9th Primary, you still CAN vote in today’s runoff.

— Some counties have already opened absentee ballots during the week the speed up the process. The volume of absentee votes was a real problem on June 9th.

If you wonder why the Tennessee primary last week doesn’t have any upcoming runoffs, that’s because each state has different rules.  Georgia requires runoffs if you do not get 50%+1 off the vote.  Tennessee does not. 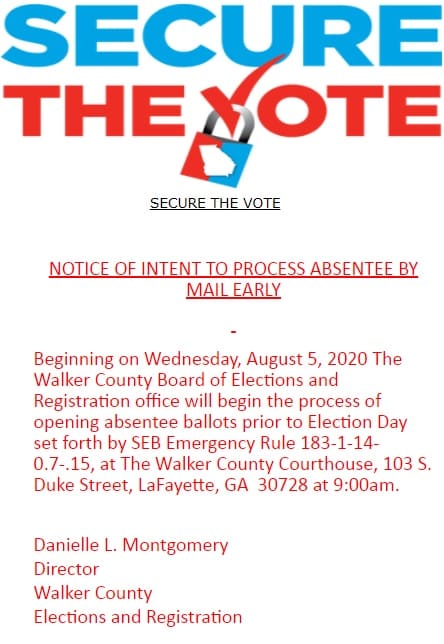