Hamilton is one of six counties exempt from the Governor’s timetable on when to reopen businesses.

Mayor Andy Berke is choosing to use a slower timetable that is also being used by Nashville.

But the Governor’s Executive Order 29 could take the power out of his hands.

It says that the local Health Department is the final authority on keeping businesses closed over local governments. 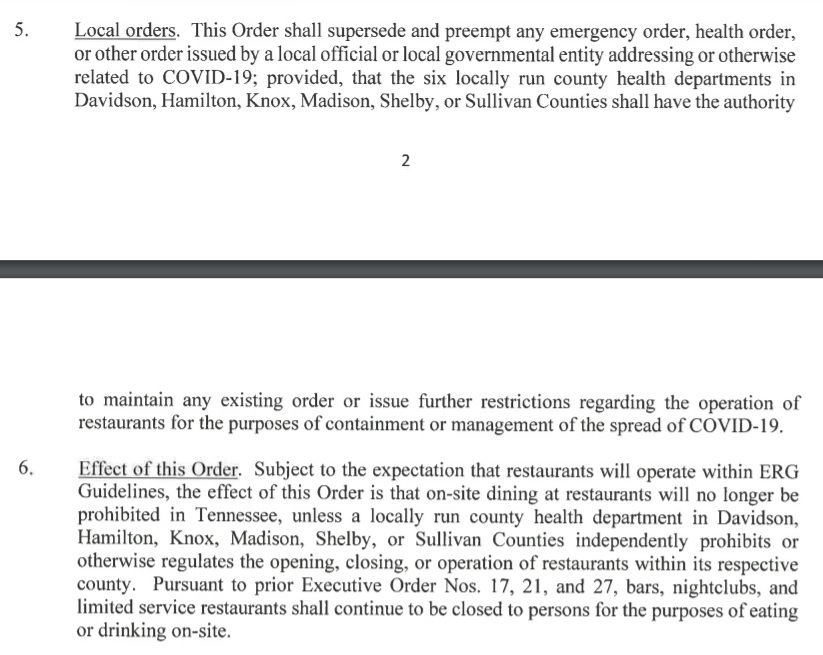 Neither the Governor, Mayor Berke, Mayor Coppinger, nor Health Dept. Administrator Becky Barnes raised the issue or commented on it in their briefings today.

In fact, Barnes did not comment at all about the reopenings at Mayor Coppinger’s press conference. She just talked about testing.