As Republicans and Democrats vie for political power during this election season, the angst each side has for the other continues to push the parties apart. But is there a way to bring the parties back together as in a time when there was more bipartisan effort? Bill Priestley asks our experts how they would close the Great American Divide.

This is the final step of a four part series to help understand the Great American Divide. Here is part 1, part 2, part 3.

Throughout our series we asked our subjects what solutions they saw that might start to bring the political parties closer together. Almost all of them were unanimous in their conclusions but just set it in a different way. We need to start talking to each other again face-to-face.

Former Congressional Candidate Weston Wamp, “It is impossible to have, as I found it, to have contempt for people face-to-face. Like I can have a conversation with somebody that is a Democratic Socialist, hardcore Democrat Bernie Sanders supporter, and if I’m talking to him in the flesh, I am inclined to also see the things that we have in common.”

Jim Hall, who served under President Clinton as Chairman of National Transportation Safety Board, says the key is getting more people to participate.

“The solution of course is to get more people to participate and more people to vote. If we have as many people voting and participating as watching Fox News or MSNBC we probably have a pretty strong country.”

Reverend Kenneth Love says we have to listen to one another.

“You’re not going to be motivated to find out the other person’s point of view if you don’t see the importance of that. So I think part of what we have to do in changing the course, is we’ve got to help people understand why that differences are actually good. We fail each other’s deficiencies when we, have this over here that you have strengths here but together we’re better.”

Standing up for yourself is important according to State Senator Todd Gardenhire.

“That’s the main culprit is incorrect and I hate to borrow a phrase from Trump but false news. It’s on both sides. Both sides are guilty of it and you just have to cut through that and have a little bit of guts to stand up and say no. I believe what I’m gonna believe in thank you very much.”

Dr. Michele Deardorff, Political Science Professor at the University of Tennessee at Chattanooga, is worried about the precedent that is being set for future generations.

“Encouraging people to remember that we now have a generation of students, a generation of citizens, many of them currently college students for whom this is the only democracy they know. This is the only politics they know. What’s gonna happen when they become old enough to be the decision-makers themselves, if this is the only reality. The rest of us can think back to days where you could talk to people you disagreed with. This is like politics is reality television and that should be disturbing to all of us.”

One organization that does just that is called Better Angels. A nationwide group that puts out workshops to help people have conversations about political matters but have those conversations end amicably. Lynne Heady is the organization’s coordinator in Tennessee.

“We’d like people to come together with differing views. We’d like them to look for some common ground. One of the things our members say, and I do as well, is if we wait for government to do it, we’re gonna be waiting an awfully long time.” 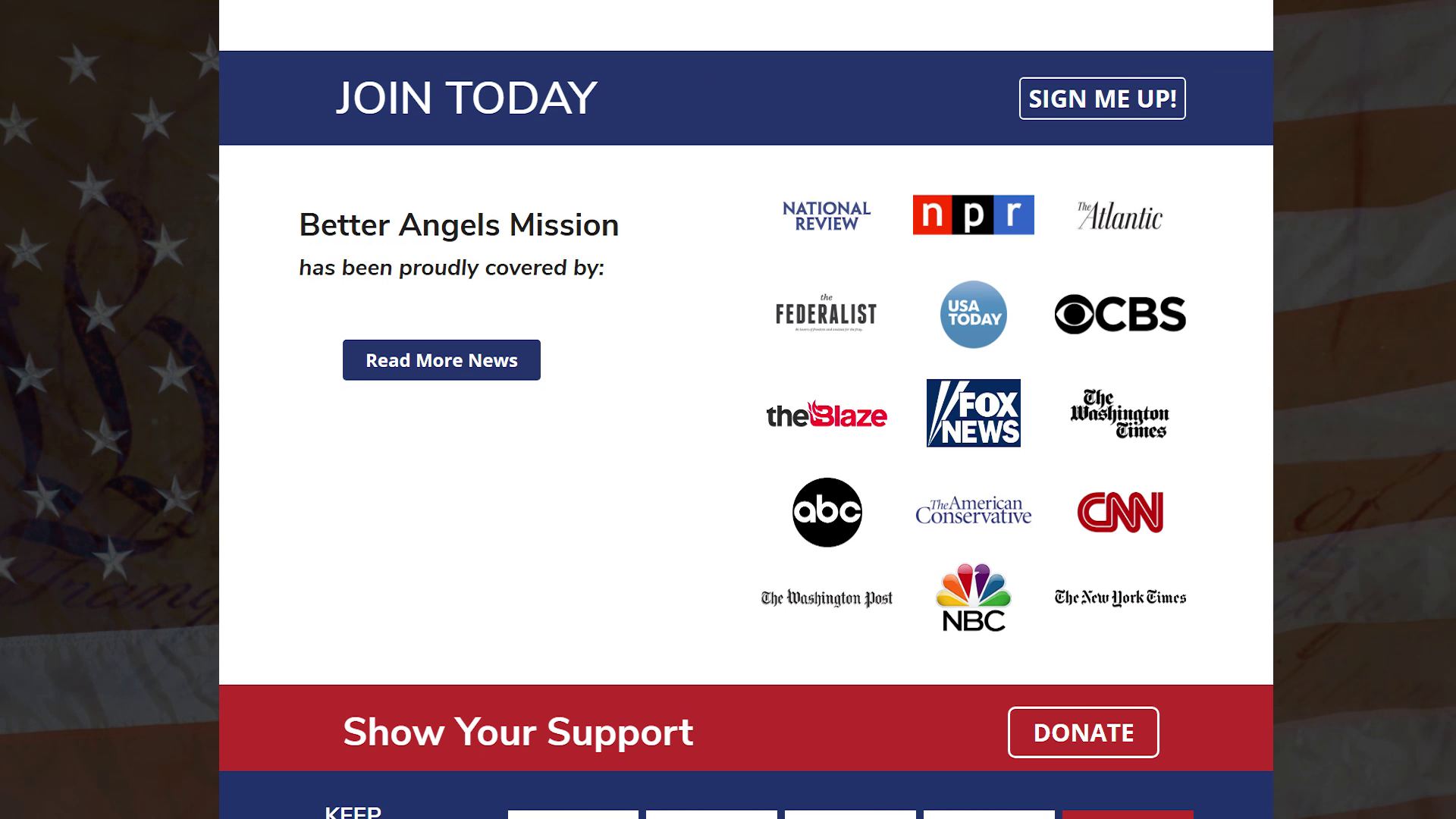 It’s an organization that puts civility over party and has the backing of groups on both sides of the political spectrum.

“It may be in their family. I have a brother-in-law that I can’t speak to and being around the Thanksgiving table is really uncomfortable. So they come to Better Angels to be equipped with the kind of skills that they need to make for good civil conversation. Often what they learn, and I can say this personally, is that I was contributing to it. Some of the ways in which I was initiating or entering into a conversation were not the best ways to elicit a good conversation. So I’ve learned, I think all of our Angels, have learned how to approach a situation, when do you approach it, and they had that desire to really make that happen.”

The 2020 election is eight months away and there will be plenty of time to open conversations and arguments on political subjects. Regardless of the election’s outcome, a political divide will still exist in this country and its citizens will determine whether or not that divide increases or decreases over time.