CHATTANOOGA (WDEF) – The number of new Covid cases shot up again on Tuesday, setting another new record for Hamilton County.

And that’s the first time they have ever topped a thousand in a day since the pandemic began.

We set a new record high for new cases just last week (948), but the numbers had been improving since then. 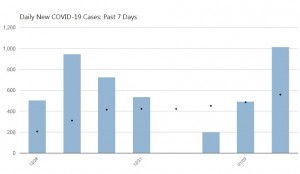 Of course home testing and testing in general have been up since the Omicron variant arrived.

And we’re seeing numbers that are dwarfing even the high peaks of the Delta surge and last winter’s surge. 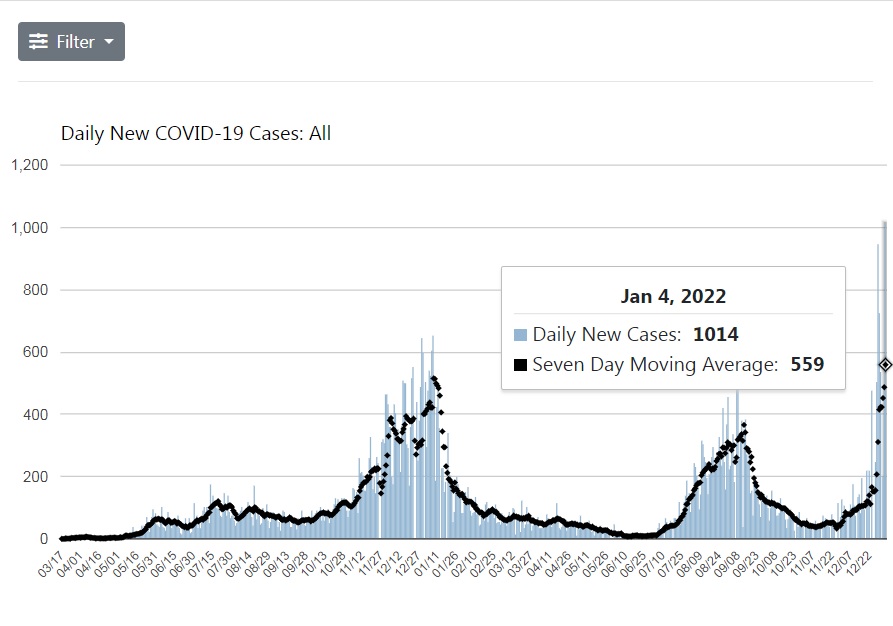 Health officials say they still don’t have enough data on Omicron yet to make any definite conclusions.

But this week, there was more evidence that this version is spreading quicker than any other.

And reports out of South Africa this week, give hope that it also may peak quicker too and then level off.

The good news so far is that health officials say the early indications are the Omicron version is not making as many people seriously sick.

And our local hospitalizations numbers back that up.

They number of people in Hamilton County hospitals with Covid does continue to rise, but not in proportion to the “new case” chart.

The 156 number today is double what we were seeing about a month ago. 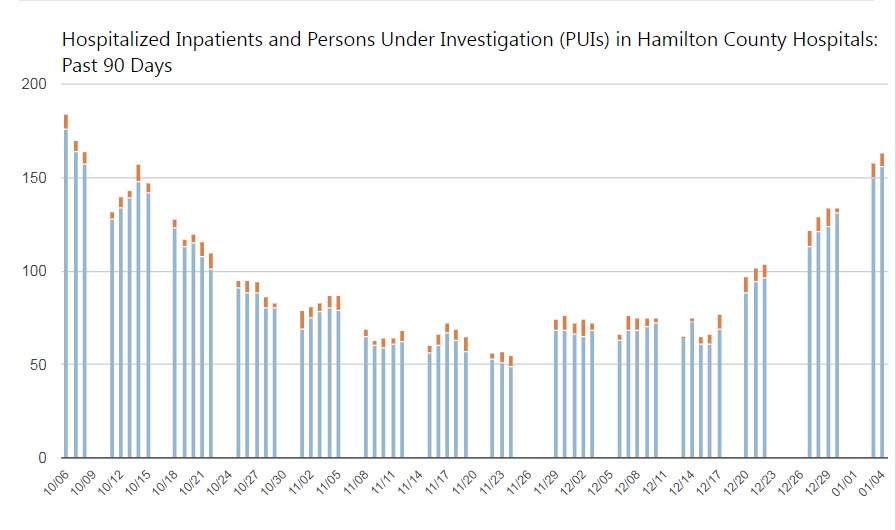 But that’s less than half the number we saw at the peak of the Delta surge in September.

Some officials are now estimating we may see the current Omicron surge crest by late January, but that is still speculative now.