Harold Wayne Nichols execution could be put off for years

NASHVILLE, Tennessee (WDEF) – Tennessee executions are on hold while the state fixes their quality control issues with lethal injections.

And now an expert says that could be a long time coming.

So the execution of Chattanooga’s Harold Wayne Nichols could be even more illusive.

Robert Dunham of the Death Penalty Information Center tells the AP that it could be several years.

Gov. Lee put all executions on hold on the day of the last scheduled execution in April because he learned that the drugs they used had not been tested as required.

And he says they won’t resume until outside experts approve the entire system.

The issues range from the compounding of the drugs to testing, storing and administering them. 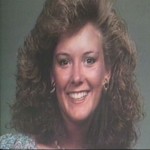 Harold Wayne Nichols was convicted in 1990 of the rape and murder of the 21 year old Karen Pulley in Brainerd two years before.  He had been arrested an convicted of multiple rapes that terrorized the city at the time.

He was scheduled to be executed two years ago, but that was put off by the pandemic.

His new execution date was just last week, until the Governor’s order put it off again.

For Karen Pulley’s surviving sister, the delays of been excruciating.

In April, she posted “Today my anger boils over!”

As school begins across the area, say goodbye to the free meal program for all students

Booker T. Washington Park to close due to storm damage