An 18 wheeler overturned at the main intersection downtown 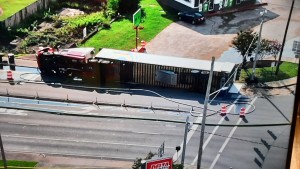 UPDATE: DeKalb County EMA officials provide an overhead shot of the overturned 18 wheeler that created the spill. They are still waiting on gear to clean the sight later tonight.  The Southern Torch now reports the material that leaked is an organic peroxide.

RAINSVILLE, Alabama (WDEF) – An overturned 18 wheeler has created some major problems this afternoon in Rainsville, Alabama.

Officials say the truck spilled a hazardous chemical, but did not identify it.

It happened right downtown at the intersection of Highways 35 and 75 around 2PM.

The downtown area has been blocked off all afternoon.

Officials allowed people to return to their homes around 5 PM (CST) but told them to keep their windows closed.

Officials are bringing in Haz Mat experts from Nashville and Atlanta to consult, so they don’t expect the scene to be cleared until later tonight.

There are no reports of injuries at this point. 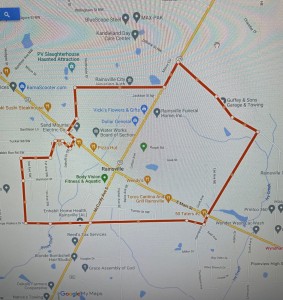 Alabama man charged with Meth in the Mail