Rail travel is taking an adorable turn as a bullet train decked out in “Hello Kitty” motif starts a three-month run between the western Japanese cities of Osaka and Fukuoka on Saturday, the West Japan Railway said in a news release. 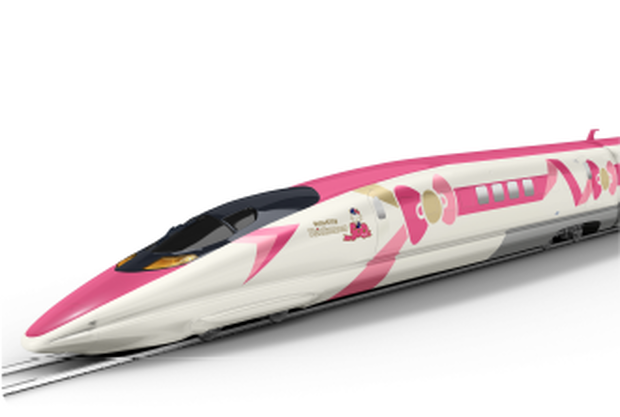 The special shinkansen, or bullet train, will be decked out with the mouthless character that has morphed into a multi-billion-dollar industry since its introduction by Sanrio in 1974.

The Hello Kitty branding features cover the outside and interior of the train, covering its seats, floors and windows. 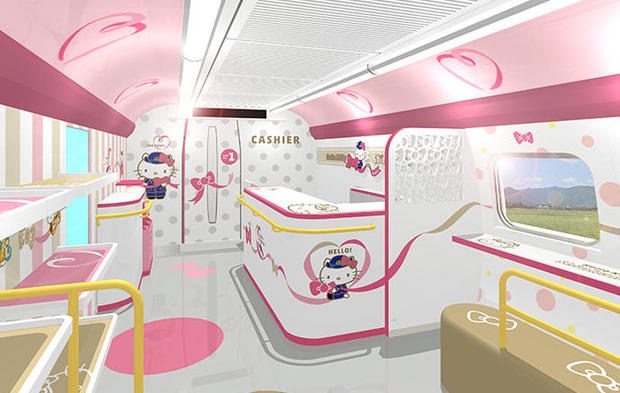 The aim is to revitalize regional communities in western Japan, the railway said. And the country’s tourism industry is also looking for a boost from the world famous cartoon character, which has spread around the globe since its creation by Yuko Shimizu more than four decades ago.

Say hello to the Hello Kitty bullet train! The train will enter service on June 30th and will make daily round trips…