Herman Cain on “fairly large list” of nominees for Fed board

Herman Cain, who sought the Republican nomination for president in 2012, is on a “fairly large list” of potential nominees for the Federal Reserve Board, National Economic Council director Larry Kudlow said Thursday. A White House official told CBS News that Cain’s candidacy is anything but “real” and said Kudlow is propelling Cain, but there’s no real chance he will be tapped by President Trump.

Cain, a former pizza company executive, served on the Kansas City Fed from 1989-96.

Cain had famously touted an economic plan called the “9-9-9 Plan,” which would have replaced the U.S. tax system with a flat 9 percent business, income and national sales tax. His candidacy imploded after being accused of sexual harassment during his time at the helm of the National Restaurant Association in the 1990s, and an Atlanta woman alleged they had an affair for 13 years.

Cain also famously said in 2011 he didn’t know the president of Uzebekistan. “And then I’m going to say how’s that going to create one job?” Cain said in the interview with CBN host David Brody.

The news of Cain’s potential nomination was first reported by Bloomberg.

There are currently two open seats on the Fed’s board. Mr. Trump has clashed with Federal Reserve chairman Jerome Powell, who was appointed by Mr. Trump, since Powell has repeatedly raised interest rates.

Whoever Mr. Trump nominates for the Fed board must be confirmed by the Senate. 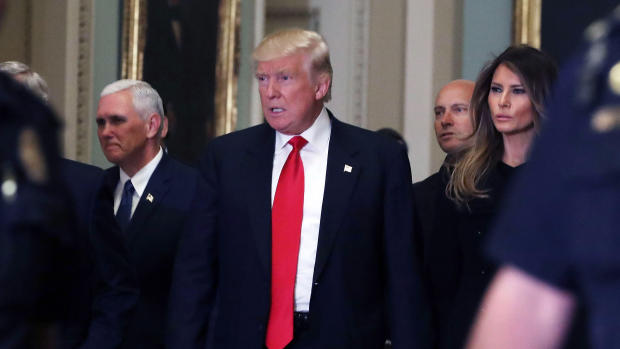