It’s the centerpiece of the largest and most expensive private real estate development in American history. “Vessel” was unveiled this past week, the sculpture in the middle of Hudson Yards, a vast new 16-building complex on the West Side of Manhattan.

The honeycombed flight of fancy – it’s actually made of 154 flights of stairs – was conceived by 49-year-old British designer Thomas Heatherwick.

Correspondent Anthony Mason asked, “When you spend six years working on something, how does it feel to reach a moment like this?”

“Architectural design is a really funny thing,” he replied. “When I was a child, I used to think, ‘How do people stay committed to an idea for six years? How can architects wait?'”

The first pieces of “Vessel” were laid in place back in April of 2017, four years after Heatherwick had first imagined it. That summer Heatherwick flew in from London to check on the progress, inspecting his creation with almost boyish enthusiasm. He’d only ever seen it on a computer up until then; now, as it was becoming a reality, he described it as “the biggest thrill possible.” 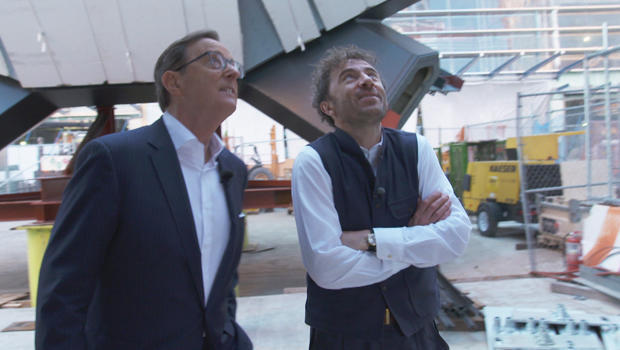 “This is kind of the center of a new city, a little city?” Mason asked.

The Heatherwick Studio in London, with its team of more than 200 artists, architects and designers, has dreamed up spinning chairs; redesigned the classic London bus; created a drawbridge that rolls down; and conceived the cauldron for the 2012 London Olympics.

“It’s really important to be scared all the time of becoming your own cliché,” Heatherwick said.

“Similarity is your enemy?” Mason asked.

“Well, why do something if it already exists?”

Heatherwick has another New York project in the works: Pier 55, a park and theatre on pilings in the Hudson River, now under construction less than a mile from Hudson Yards.

The developer of Hudson Yards, Stephen Ross, had an immediate bond with the designer: “You’re the creative genius,” he told the designer. “You see things that other people don’t.”

Mason asked him, “What did you love about it?”

“I loved the fact that it is so iconic,” Ross replied. “You wouldn’t come to New York, you know, without wanting to walk to the top of it.”

The 87 carbon steel pieces that make up vessel were pre-fabricated at a plant in Italy, then shipped to the U.S., to the Port of Newark, where they were loaded on a barge and pushed up the Hudson River. 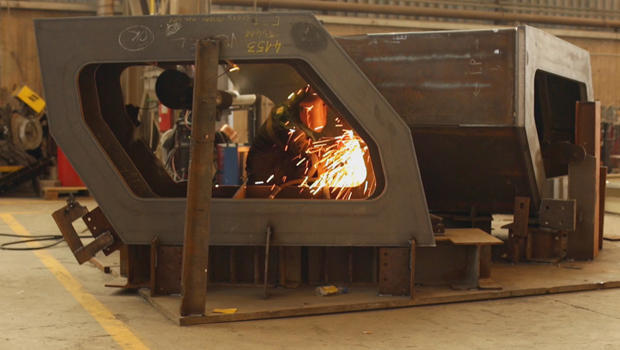 Welders in Italy create the interlocking pieces that will make up Thomas Heatherwick’s “vessel.” CBS News

From the dock they were driven at night to the construction site.

This past week, as workers put the last pieces in place, Stuart Wood, the Heatherwick Studio’s point man for the “Vessel” project, took Mason to the very top

Our intrepid correspondent asked, “Why is it I don’t feel like I climbed 16 stories?”

“Well, it’s because there’s plenty to look at,” Wood said. “Ironically, unlike a normal building, it gets easier the higher up you go. The staircases gets shallower.

“We think of this as a three-dimensional public space, like a park, but taller.” 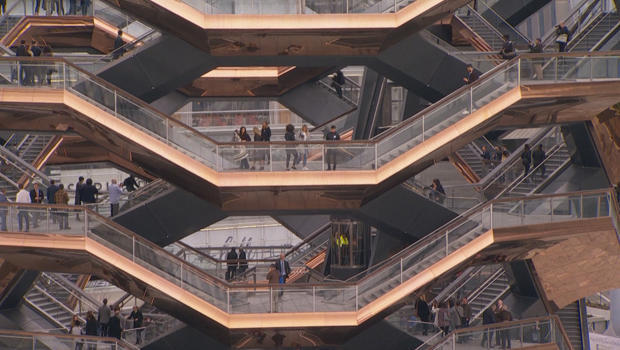 Visitors in the “Vessel.” CBS News

Tickets are free, but entry will be limited to 700 visitors at a time. “Vessel”‘s creator awaits their reviews.

Mason asked Heatherwick, “How will you judge it to be success?”

“Success is a really funny thing isn’t it? We can’t predict how people are going to use it. It just is. And what happens now is nothing to do with me.” 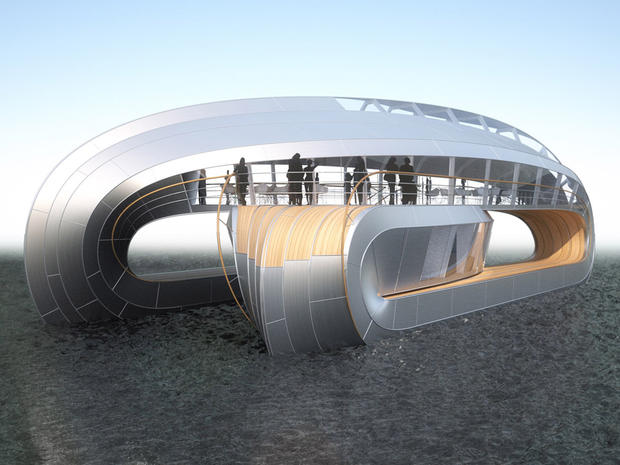