CHATTANOOGA, Tennessee (WDEF) – The Chief Engineer for TDOT updated us on the guardrail collapse on I 75 on Monday.

Paul Degges says they believe it was caused by an oversized load that scraped the bottom of the bridge.

Engineers believe the load snapped or damaged the steel cables supporting the concrete.

It could have been minutes, hours or even days before the final collapse.

They say the cool temperatures Sunday night might have been the final straw to snap the already damaged cables.

The interstate cameras do not record video, so they have not record of any such impact.

But they are trying to track down whichever truck did it, to get their company to pay for the repairs.

Degges says it happens more than you think.  There were 50 bridge hits in Tennessee last year.

Right now, traffic is flowing normally under the bridge to I 24 west.

But it is still slow going over the bridge on I 75, since only one of the two lanes are open now. 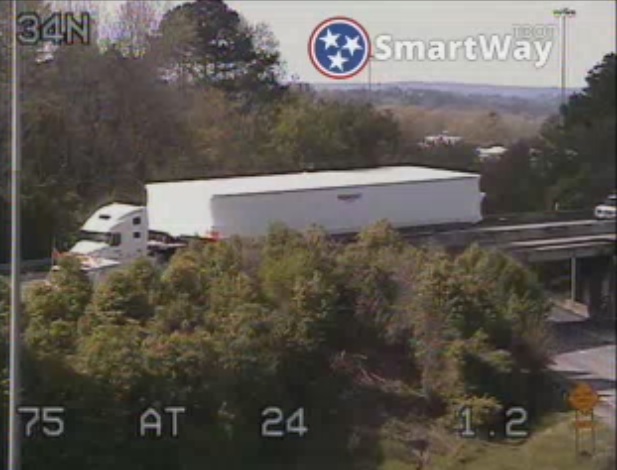 This afternoon, this wide load came to a full stop while trying to make it through the one lane cure.

Their next step is to install a new barrier rail, which could take two weeks.  That will allow them to open up two lanes, but they will be narrower than they were before the collapse.

Eventually, this entire interchange will be rebuilt and this bridge will be torn down.

The new interchange will keep I 75 completely on the ground.  The I 24 merging traffic will instead be moved to overpasses.

This rebuild is more than a year away from starting.

For the next two weeks, expect backups during peak hours on I 75 heading toward Georgia.

The bridge was built in 1959 as part of the original freeway system.  Degges says they do not blame that initial design or any later maintenance for the failure… just the truck hit.

Here is a photo of the interchange under construction posted on Picnooga today.  You can zoom in and look at the historical photos by clicking here. We have zoomed in to the aerial photo to show the actual bridge where the guardrail collapsed (the guardrail wasn’t added until years later) 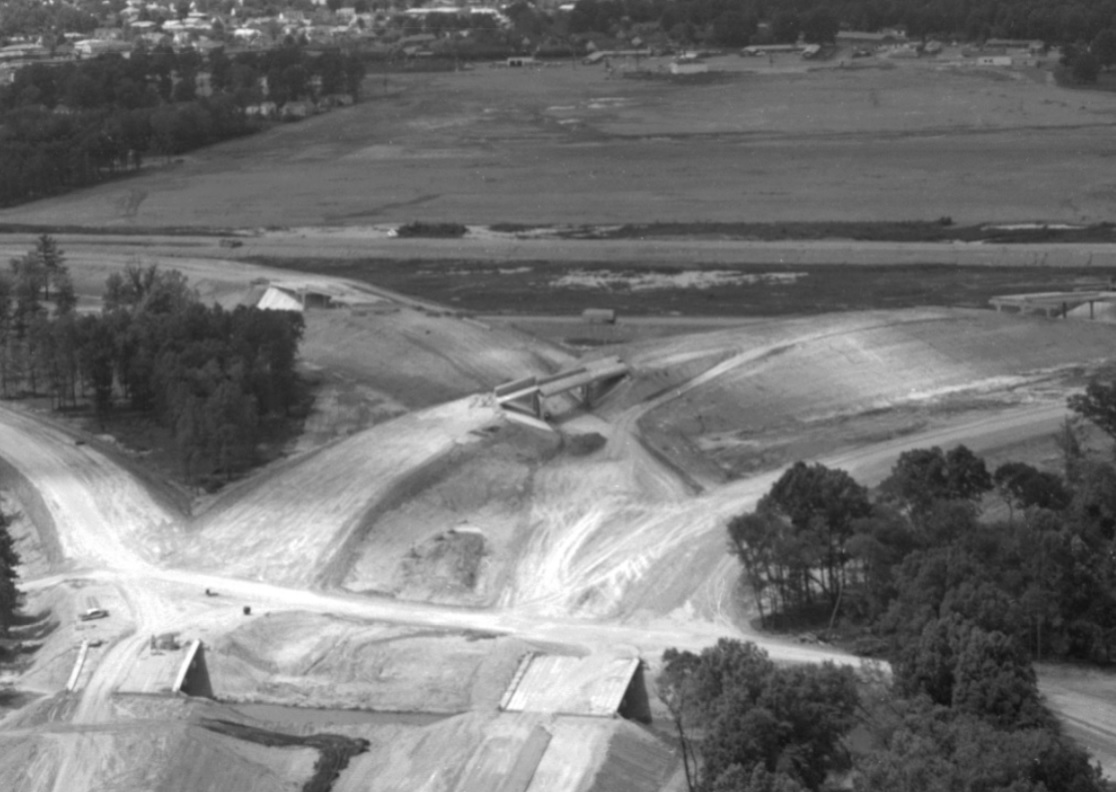