NASHVILLE (WDEF) – You may think there are only two views on impeachment, but a new poll shows a middle view, at least in Tennessee.

The Vanderbilt poll was released Tuesday.

It comes as the House prepares to vote on Impeachment Wednesday and most expect the vote will got strictly along party lines.

But the poll shows many Tennesseans have a middle view between the two parties.

It found 58% believe the President’s request for Ukraine to investigate Joe Biden’s son was improper.

But only 35% believe he should be impeached for it.

While Tennessee democrats are largely pro-impeachment and republicans are anti, independents seem split.

Here are the numbers: 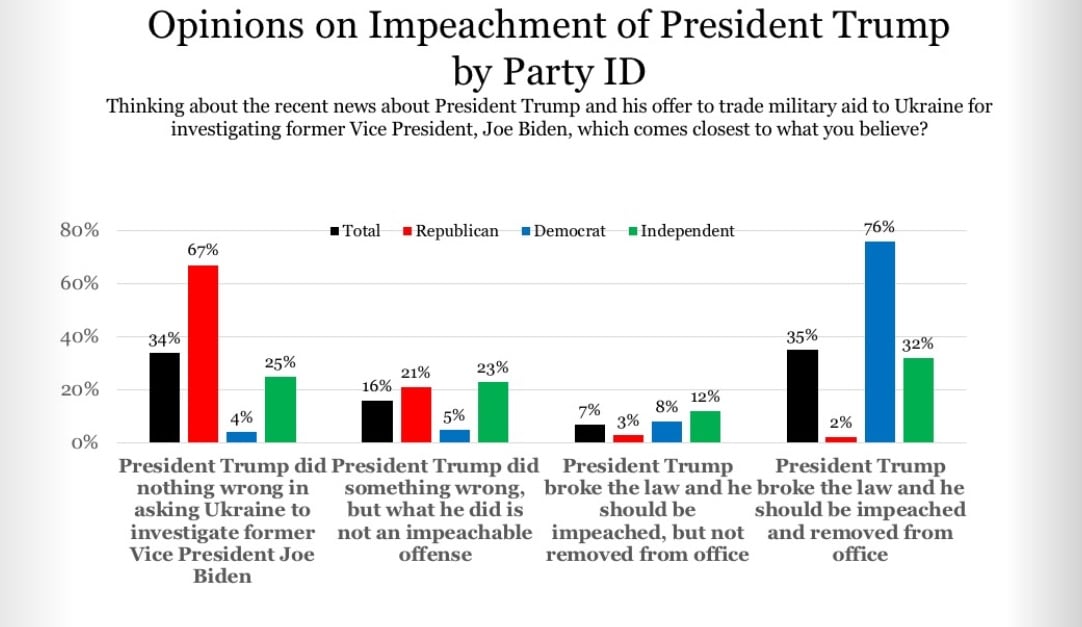 You can see more of the poll results here.