North Korea says it is still willing to sit down with the U.S. “at any time” after President Trump cancelled next month’s planned summit. North Korean state media called Thursday’s decision “unexpected” and “extremely regrettable.”

Before Mr. Trump’s move, North Korea set off a series of massive explosions at the Punggye-ri nuclear testing site in the northeast of the country, and claimed the facility was destroyed. CBS News correspondent Ben Tracy was the only U.S. broadcast network correspondent to witness it, among a small group of international journalists.

It was widely seen as an important step in the process before North Korean leader Kim Jong Un was to sit down with President Trump. Just hours before the summit was canceled, North Korea claimed it had made good on its promise to destroy the Punggye-ri facility — and its broader commitment to peace.

The regime had been testing its nuclear weapons at Punggye-ri since 2006. Until this week, however, we had only ever seen the highly secretive location from satellite photos. On Thursday, Tracy was among the journalists allowed to tour the facility before it was blown up.

Tunnel No. 2 is where the North Koreans conducted five of their six nuclear tests over the last couple years. Tracy and his team were shown how explosives were strung up inside the entrance to the tunnel. 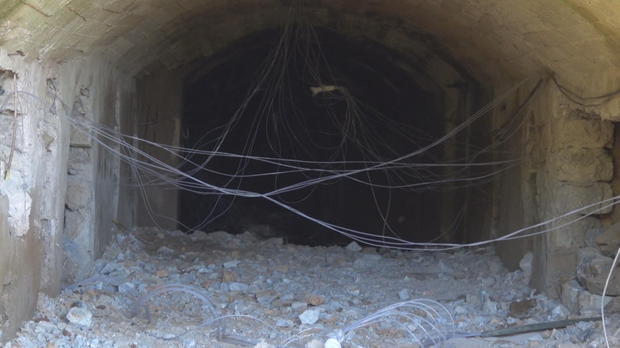 The entrance to tunnel No. 2

Some outside scientists have said the nuclear site was already so badly damaged by previous tests that it was no longer usable. But during the nine hours we were led around the grounds, North Korean officials stressed that two of the tunnels were still operational and that destroying them is a real concession.

They told us we could come double check and see with our own eyes that this tunnel had been destroyed, but Tracy and the other journalists on the trip are not nuclear scientists. There were no outside experts there to verify that the North Koreans have, in fact, rendered the site unusable. Tracy said he and his team could only confirm that two tunnel entrances were blown up; if the tunnels inside the mountain still exist, the site could potentially still be used for future nuclear tests.

The North Koreans also claim no radiation leaked during the explosions, and that they have never detected radiation at the site. However, the one thing they confiscated from our CBS News team’s luggage when they arrived, was equipment to detect radiation. 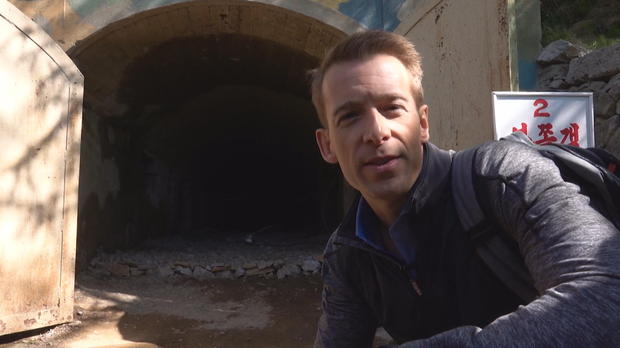 CBS News correspondent Ben Tracy was the only U.S. broadcast network correspondent to witness the explosions at the Punggye-ri nuclear testing site in North Korea.