In the U.S., the government prints stamps, paper money and passports, but that’s not the case for much of the rest of the world. Many nations have these items created by a single private firm based just outside London. CBS News’ Roxana Saberi goes inside De La Rue, a company that’s been in business for more than two centuries and is known for offering clients both style and security.

De La Rue has designed more than a third of the world’s bills, from the U.K.’s sterling to the Seychelles’ rupee and the Fijian dollar. While most Americans use credit cards, 30 percent of the world’s adults don’t even have a bank account

“You have to understand how people use their money. This is an example of how some people fold money in sub-Saharan Africa, and then it’s stored interesting places as well. So they’ll store it in clothes, in their underwear, in their shoes,” Payne said.

Meaning it has to be durable. It also has to be complex enough to stay a step ahead of counterfeiters. As Payne put it, their job is to make the money “uneconomic to copy.” 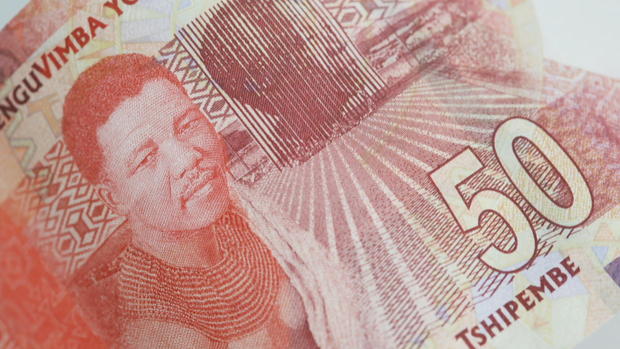 De La Rue also tries to address what’s happening in that country. They reflected the low-lying Maldives’ concerns about the environment by featuring a turtle in their design and helped commemorate the 100th birthday of the late Nelson Mandela.

“Every country has their heroes and wants them portrayed in a way that is respectful. In a way that also symbolizes and summarizes in a simple way that people can just get,” Payne said.

Sometimes though, people just want to forget and move on. When Saddam Hussein fell in 2003, De La Rue drew up new Iraqi bills without his image. They designed and printed new bills for the country in record time.

The company also marked the release of “Star Wars: The Last Jedi” with a limited edition bill to raise money for charity. And when designs like these come together, Pond says, the payoff is priceless.

“As a designer of bank notes, you get to see people holding your art every day,” Pond said. “You know it’s a fantastic thing.”