In a letter to the Governor and legislative officials, Glen Casada said he planned to resign on August Second.

Casada wants the Governor to call a special session on that day to pick his replacement.

That means he will continue in the post throughout the summer and continue to draw his speaker’s paycheck.

Casada plans to remain in the House after quitting as speaker.

But his salary is almost 3 times greater as speaker, and he will continue to make financial decisions for the state and have access to a state jet.

The delayed resignation isn’t good enough for several of his fellow lawmakers.

Speaker Pro Tem Bill Dunn on @GlenCasada‘s announcement: “A month ago I advised him to step down, the day before the no-confidence vote I asked him to resign and today I told him he should resign today. He obviously doesn’t value my counsel.” https://t.co/UzSwlrAh7H

Casada met with Republican party caucus members on Tuesday to tell them of the date.

They told him it should be sooner.

“Every day that Glen Casada is in office is a slap in the face to to women, communities of color, and all Tennesseans who expect real work and not lines of coke to be done at the state capitol. Democrats have been sounding the alarm since Casada’s corruption began, and we’ll continue to fight to restore accountability and decency to the Tennessee legislature.”– Democratic Party Chair Mary Mancini. 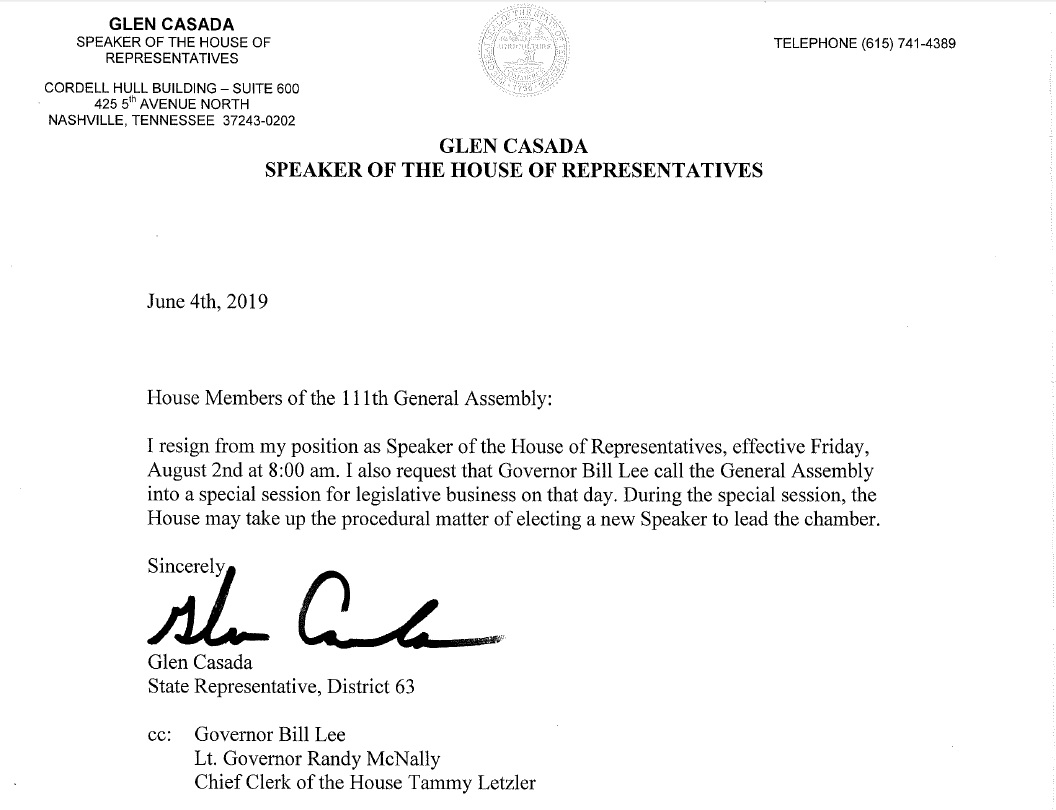