Jordan was known for his TV roles on “Will & Grace” and “American Horror Story.”

He also served as the Grand Marshal for Riverbend Festival this year.

Chattanooga Mayor Tim Kelly tweeted, “Leslie Jordan was a Chattanooga legend and national treasure who brought joy and hope to millions, leaving behind a lasting legacy of love and acceptance.”

Jordan won an outstanding guest actor Emmy in 2005 for “Will & Grace,” appeared recently on “Call me Kat,” and co-starred on the sitcom “The Cool Kids.”

He even gained a big following on social media last year, posting videos of himself during the pandemic lockdown while in Chattanooga. 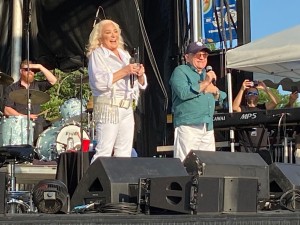