Man goes missing after SUV breaks down on Sunday

Wife of 10 years, Lisa Goetz, says Lemons texted her saying he was on his way home from a Chattanooga car parts junkyard when the car broke down.

Lemons told his wife a man was helping him out and that he may have to get it towed-that’s the last time she heard from her husband.

“As the days go on, it’s getting worse. There’s no bank activity. There’s no nothing. There is no activity since he left the junkyard. That’s very unusual….that’s not him. I just want him home. His mom wants him home,” says Lisa Goetz, wife of Adam Lemons.

Lemons was last captured on camera leaving the LKQ junkyard.  However, there have been reported sightings of  the daughter’s  2004, four door, Black Chrysler Pacifica-parked in the Chickamauga battlefield.

“He wouldn’t take off in her car. He has a vehicle. He has been trying to fix it because she is a mother with two children. He doesn’t want them stranded on the highway,” says Goetz. 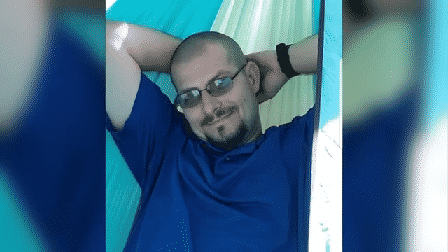 Goetz says she hasn’t received much help from law enforcement in her search for Lemons. She feels that she and a few family friends are the only ones looking for him.

“We need to come together and look. We need help, that’s what we need. I need people out here looking for him. I cant keep driving up and down these roads by myself,” says Goetz.

Chattanooga police confirm they are the agency involved in Adam Lemon’s disappearance and that they are investigating. Anyone with  information should call the Chattanooga Police Department.