Collins Parker,
JASPER, Tennessee (WDEF) – Law enforcement have been looking for Dustin Stephens for more than a month.
On Wednesday, U.S. Marshals, Drug Task Force officers and the Marion County SWAT Team got their man.
Stephens has been on the run since the week before Christmas when he ran from police in Monteagle after a traffic stop.
Police found he left behind a firearm that was actually stolen from the Mountain Mart.
So he became the chief suspect in that case, where a suspect dressed in camo, stole dozens of firearms.
That investigation is ongoing as law enforcement tries to recover the other stolen guns.
If you have information on the Mountain Mart burglary, please call the Marion County Sheriff’s Office at 423-942-2525. 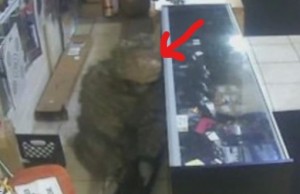