The Sheriff is not releasing the identity of the victim yet.

But family members have been on the scene since last Friday trying to find their loved one.

They believe he was working on the boat when it caught fire.

Fire crews were called when a pair of boats caught fire Thursday night at the marina on Nickajack Lake.

They kept the fire contained to just the one dock.

But the next day, the search began for a missing man.

Divers were limited in their efforts by the cold temperatures, but the search resumed on Monday.

The Sheriff’s Office told us earlier today they were trying to raise the sunken boat today. 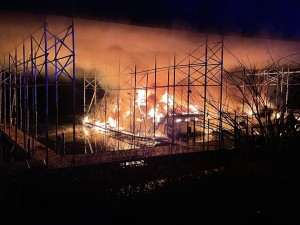