Mayor lifts roadblocks in Andrews, NC but still wants visitors to stay away

But their mission continues.

Mayor James Reid announced that he was taking down the road barricades he put up to keep visitors from coming into his town during the Covid-19 pandemic.

But only because some residents continue to drive around the barricades the wrong way.

“It’s not worth it getting some mom or dad killed by leaving them up… I feel like we’re doing more damage than good.”

However, the signs will remain up asking non-residents to avoid the town.

Andrews is on the scenic highway that goes through the Nantahala Gorge.

The highway brings tourists and part time residents who stay along the river.

The mayor has argued that his small town doesn’t have a hospital to care for people who may bring in the virus from other areas.

So they put up the barricades to keep them on the main highway and not enter the town.  They even manned checkpoints to check drivers’ licenses.

Mayor Reid says he feels a bit safer now that North Carolina has strengthened it’s stay at home order as well as neighboring states in Georgia and Tennessee.

But his message remains for outsiders.

“Don’t come here now… wait til the virus has passed.” 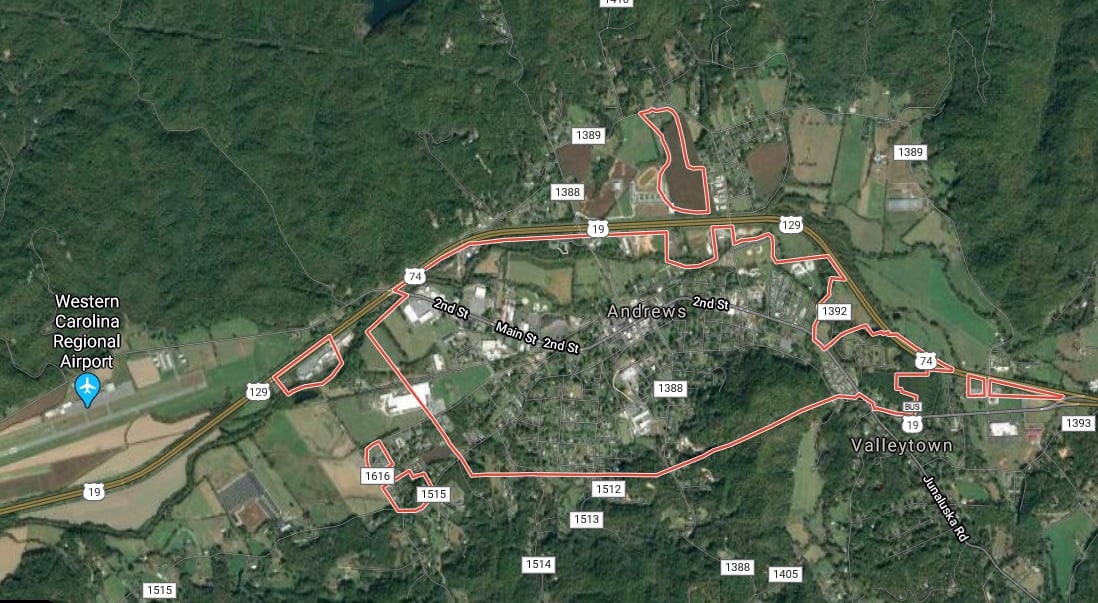