Meet the billionaire who led Sears into bankruptcy 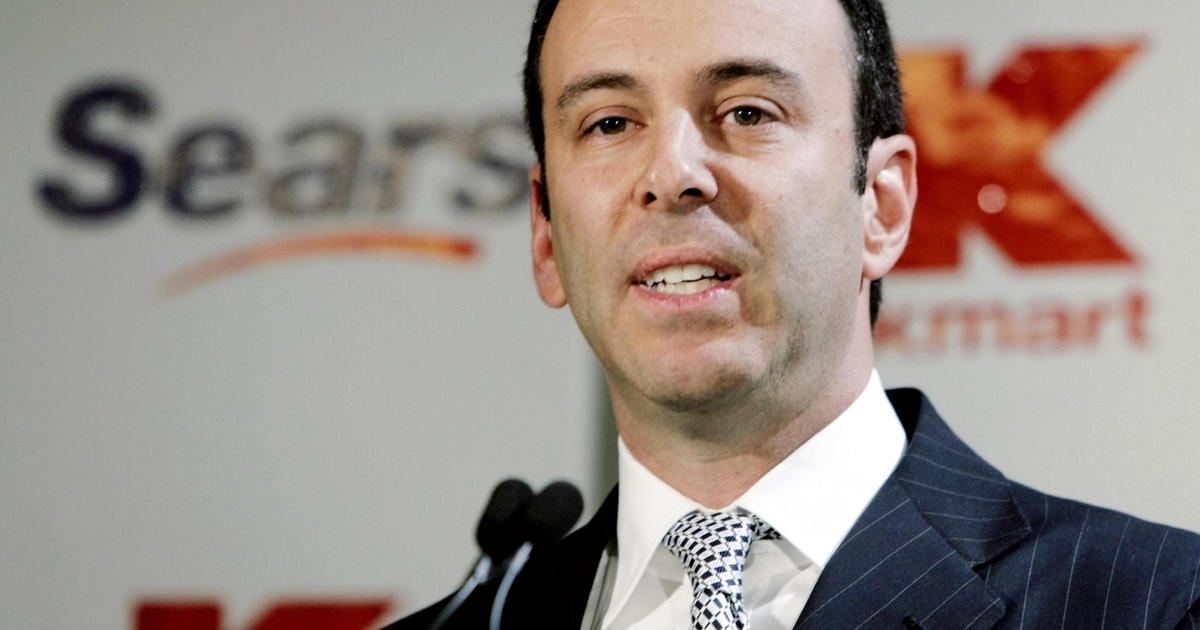 More than a decade ago, hedge fund manager Eddie Lampert touted his merger of Kmart and Sears by saying it would lay the groundwork for a grand revival of the struggling retailers. Sears, an iconic department store chain launched in the late 19th century, employed more than 200,000 workers, operated almost 900 stores and generated annual revenue of $31 billion.

Jump forward to 2018, and Lampert’s plans have led Sears not to a turnaround, but straight into bankruptcy court. The store’s headcount has been slashed to 90,000, less than half of what it was when Lampert bought Sears in 2004 and combined it with Kmart. Sears’s annual revenue has dwindled to $16.7 billion after store closures and shopper defections to rivals such as Target and Walmart. The company has also spun off or sold some its major brands, including Land’s End and Craftsman.

Lampert, founder and CEO of private hedge fund ESL Investments, will step down as CEO after leading the company into bankruptcy.

“Today is a day that will live in retail infamy,” said Neil Saunders, the managing director of GlobalData Retail, in a research note. “That a storied retailer, once at the pinnacle of the industry, should collapse in such a shabby state of disarray is both terrible and scandalous in equal measure.”

Lampert didn’t respond to a request for comment. In a statement sent to CBS News, he said he believes Sears “has a future.”

“We intend to work closely and collaboratively with other stakeholders to restructure the company’s balance sheet using the Chapter 11 framework as quickly and efficiently as possible,” the statement said. “ESL invested time and money in Sears because we believe the company has a future.”

Sears literally had you covered from cradle to grave pic.twitter.com/RilkNqjA1M

Like Toys “R” Us’ collapse in 2017, Sears’s waning fortunes are the result of a number of factors, including both financial and managerial mistakes. Perhaps most egregious, Saunders said, was its leadership’s “failure to understand retail and evolve Sears in a way that would have given the chain a fair chance of survival.”

Lampert, 56, built his billion-dollar fortune through savvy investments in companies such as AutoZone. His love of investing was sparked by his grandmother, who was a fan of the investment television show “Wall Street Week,” according to Bloomberg Businessweek.

After attending Yale, Lampert worked at Goldman Sachs in the 1980s, then started his own investment fund, which he named ESL, after his initials. Investors included moguls such as Dell Computer founder Michael Dell and media mogul David Geffen. In his early years, his fund generated average returns of 25 percent per year, according to The Wall Street Journal.

Despite his preference for staying under the radar, Lampert’s success also attracted the attention of criminals. In 2003, Lampert was kidnapped as he left his hedge fund’s Connecticut office. Four kidnappers blindfolded and handcuffed him, keeping him for 28 hours in a motel room until he persuaded them that he would pay them $5 million if they released him. Lampert walked half a mile to a police station, and his abductors were later arrested and convicted.

Because of his investments in Liz Claiborne and other companies, Lampert wasn’t a stranger to retail when he entered the investment that would lead to him to acquire Sears. In 2002, he snapped up Kmart debt as the discount retailer entered Chapter 11 bankruptcy protection.

Around the same time, ESL was buying shares in Sears, paving the way for Lampert to engineer the merger of the two retailers. In 2004, Kmart announced it would buy Sears for $11 billion, with the idea that the two troubled retailers could somehow fix each other’s problems.

“Kmart’s combination with Sears makes its retail business stronger,” he told New York Magazine in 2004. “We’ll be able to allocate the cash that business generates to the highest returns we can find—renovating stores, acquiring other businesses.”

Instead, the problems kept mounting.

Despite Lampert’s plans, Sears continued to struggle. Some critics pointed to self-inflicted wounds, such as his reported habit of giving the go-ahead to projects but shutting them down if they didn’t quickly show returns.

Lampert, a devotee of the novelist Ayn Rand, reportedly made division heads compete for resources and money, believing that the competition would ignite innovation and sales. Instead, according to Bloomberg, the result was managerial infighting.

The trajectory of Sears is just so fascinating in how it captures just how much the economy and consumerism have changed. In *my* lifetime rural relatives in NC were still getting big save up purchases from the catalog or making layaway trips to the closest store

That led to a vicious cycle of declining revenue and mounting losses as once-loyal customers snubbed Sears, leading to more cutbacks. By 2016, the store that was once America’s favorite retailer was so disliked by women shoppers that they said they preferred to shop at Goodwill. The company’s debts ballooned, leading to a credit crunch and its decision to file for bankruptcy.

Hundreds of Sears locations will remain after it closes 142 stores, but winning back consumers won’t be easy, Saunders said. “In our view, too much rot has set in at Sears to make it viable business,” he said. “The brand is now tarnished, just as the economics of its model are firmly stacked against its future success.”