An episode of “The Simpsons” that features Michael Jackson’s voice will no longer air on television, executive producer James L. Brooks said. Speaking to the Wall Street Journal, Brooks said he came to the decision with creator Matt Groening and writer and animator Al Jean after watching the HBO documentary “Leaving Neverland.”

The episode, titled “Stark Raving Dad,” first aired during season 3 in 1991. Jackson played Leon Kompowsky, a patient in a mental hospital that Homer Simpson meets. The animated character believed he was a pop star, like Jackson himself. The late singer’s role in the show didn’t age well after numerous people alleged he sexually abused them as minors.

In a 1991 episode of “The Simpsons,” Michael Jackson voiced a character in a mental hospital who thought he was a pop star. “The Simpsons”

Those allegations, which first surfaced between 1993 and 2005, were brought back into the spotlight when two accusers told their stories in raw detail in the HBO documentary. In “Leaving Neverland,” Wade Robson and James Safechuck allege Jackson abused them for years when they were children — claims the Jackson family vehemently denies.

Robson, who met Jackson when he was 5, and Safechuck, who filmed a commercial with Jackson around his ninth birthday, say that for years the singer invited them to his homes and molested them. Jackson denied any abuse in these and other cases before his death in 2009.

Brooks said he found “Leaving Neverland” convincing and heartbreaking. After watching the explosive documentary, removing the Jackson episode from circulation “feels clearly the only choice to make,” he said to the Wall Street Journal.

“The guys I work with — where we spend our lives arguing over jokes — were of one mind on this,” Brooks said, referring to his “Simpsons” colleagues. Although the classic episode was “treasured” by Brooks, he said he wants to show compassion for Jackson’s alleged victims. “There are a lot of great memories we have wrapped up in that one,” Brooks said of the episode, “and this certainly doesn’t allow them to remain.” 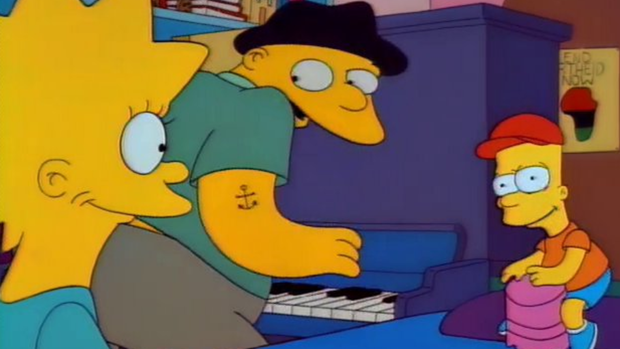 Brooks said watching “Leaving Neverland” convinced him to pull the episode that features Jackson. The HBO documentary features two of the pop star’s accusers. “The Simpsons”

Despite potential criticism from Michael Jackson fans, the process of removing the episode from streaming services, television and other platforms is already underway, Brooks said. “I’m against book burning of any kind. But this is our book, and we’re allowed to take out a chapter,” he told the WSJ.

CBS News has reached out to 20th Century Fox, which distributes “The Simpsons,” as well as Gracie Films, which produces the show, for comment and is awaiting response.