The arrest of two black men at a Philadelphia Starbucks in April raised questions about how companies train their employees to avoid racial bias.

Race has perplexed artist-turned-restaurateur Andy Shallal since he first came to America in 1966 as a 10-year-old Iraqi refugee. “My family lived in Virginia,” he told WCBS anchor and CBS News contributor Maurice Dubois, “and back then, I was introduced to race in America.”

“It hit you right in the face?” Dubois asked.

“What does a kid make of that?”

“It’s confusing. ‘Cause I didn’t know anything about race.”

Shallal set out to create a community where people of different cultures and races could interact; his restaurant-and-bookstore chain, Busboys and Poets, now employs about 650 people across six locations in the Washington, D.C. area.

Ten millennial workers at Busboys and Poets participate in a training session about racial bias.

Shallal has been conducting anti-bias trainings for employees every couple of weeks. Dubois recently attended a training session with a group of ten millennials at which Shallal asked, “Can you be colorblind in America? For a lot of white people, for instance, I always hear them say that, ‘I’m colorblind,’ like that’s the ultimate space to be in, which means that you don’t see color and therefore you don’t have any racism or prejudice in your bones.”

When asked if it were possible to be colorblind, the dominant answer was no. 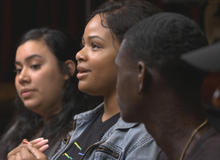 “I feel when you’re saying you’re colorblind, it’s like you don’t really see me,” said LaShawn White. “Your goal should be more to see me, see my culture, and appreciate that.”

Shallal asked, “How does race impact the way you serve?”

“For me, I’m not going to say race doesn’t exist – it does,” said Kamilah Reddock. “But I bring my same attitude to any table that I go to.”

Shallal used an example of seating: “Let’s say a host at the front door, it’s a Saturday morning, we just opened. And let’s say the entire space is open at that moment in time. So, the hostess wants to seat people according to sections. So, the black couple walks in through the door. They walk through entire empty restaurant and they get seated in that back corner. What is the black couple thinking? ‘Why are you sitting me in the back?'” 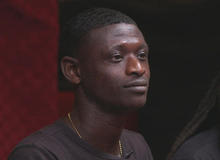 “I’ve had that happen to me, like, ‘Yeah, you sat me by the bathroom,'” said Leon Harper. “And I was going by the rotation. This server had gotten in, they were, like, first in, and they hadn’t got any tables. But what you have to do is explain. You have to keep the lines of communication open because if you don’t, then people will think this without knowing.”

“Now, let me ask you this: Let me go back to my example. What if a white couple walks in? And they get seated in that back corner. What’s the white couple thinking?” asked Shellal.

“‘Got the whole room to ourselves, honey!'” was one man’s reply.

Carlos Battle said their reaction would depend on what the host or hostess looked like. “Everyone reads the book by its cover, no matter what you think.”

Harper said, “I was having this conversation with a gentleman the other day in the Uber ride on the way to work. He said, ‘Why is being black different than being any other race or any other color?'”

Dubois asked, “What about main takeaways here? How are you going to change the way you do your job?” 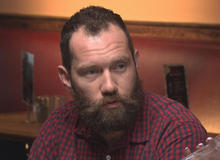 “To me, this discussion is a mindfulness exercise,” said Max Johansen. “It’s an invitation to be deliberate. And to not sink into the biases that I have built up over many years. And it’s a reminder to practice compassion.”

“What are you going to do the next time you run into an ugly situation?”

“They gotta one, first, be aware that there is a bias in order to, you know, fix it,” said Battle. “They probably didn’t even know they were doing it.”

“Anybody think, ‘Well, this is nice discussion, but people are people. They’re gonna be who they are. And nothing’s gonna change.'”

“I think that when you’re hired here, you’ve already demonstrated that  your mind is open enough to accept other people’s experiences and learn about them, and about yourself,” said Johnson.

Dubois said, “So, I think what I’m hearing you say is that the people who need to hear this aren’t here right now.”

“I do think that we need to bring this conversation to a wider audience,” Johansen said. 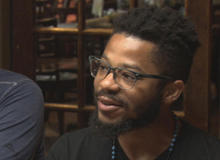 Battle added, “We could all have these ideas. But to want to go out and physically start the conversation, that’s the hardest thing to do.”

“Is the word as simple as respect? Is that all it is? Respect other people?”

“I think the biggest, biggest problem, at least in America when it comes to race relations, is recognizing just, like, where we are as a person and as a people, to figure out exactly how we fix the problem,” Battle said.

Shallal, who has a history of being politically active (he ran for mayor of Washington, D.C., in 2014), acknowledges that these conversations are just the first step, not the solution.

He sees these trainings as his way of creating change in his small corner of the world.