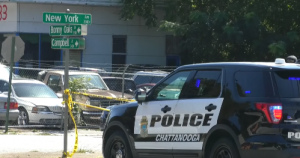 CHATTANOOGA, Tenn. (WDEF)- Getting into a car crash has its many headaches.But new crash reporting protocols starting January first issued by the Chattanooga Police Department has some concerned about confusion.

Police will only respond to incidents with eight certain conditions. Here is a list of them:

3. Impairment of an operator due to alcohol or drugs;

7. Major traffic congestion as a result of the crash; and

8. Damage to vehicles to the extent that towing is required.

CPD still asks that the public report crashes to dispatch but will not send an officer to the scene if it does not conform to this list. The reasoning behind this decision is to free up resources for other calls, as C-P-D says that officers need the time spent on responding to minor incidents to help fight crime.

Reaction to the C-P-D’s new crash reporting protocols has been strong and mixed from the public. Comments on their Facebook post have ranged from the negative claiming it’s going to make reporting crashes a nightmare, to those who are in support citing other cities who have already implemented similar policies.

For local insurance agents, they have some questions about how this policy will play out starting next year.  Richard Self, marketing coordinator at State Farm, says that, “I guess the concern I primarily have at this point is, when two parties are involved and we’re asking them to make reports separately after the fact, how are the police connect those two parties to the same incident?  I’m interested in finding that out.”

He says it does hearken back to previous crash policies as, “Police would’ve recommended to the two people who had the wreck to swap information at the scene. Swap insurance information, swap phone numbers, that kind of thing and then report it, particularly if it’s a fender bender and the cars are both driveable. “

He does reassure things probably won’t look a ton different as, “A wreck is a wreck, liability is liability, and when cars get damaged regardless of if they’re company owned or personally owned, the claims wouldn’t look a whole lot different.”

More to the Story with Staley: Boating Economy