“Mobituaries”: Mo Rocca on the enduring popularity of Audrey Hepburn

In December, 1951, a twenty-two year old Audrey Hepburn made her American television debut on the talk show program, “We, the People.” At the time, she was starring on Broadway in the play “Gigi” (the precursor to the movie musical). For many viewers, this would be their introduction to the young actress, whose Oscar-winning star turn in “Roman Holiday” would come nearly two years later.

As recounted in this week’s episode of the podcast “Mobituaries,” Hepburn appeared on the program to talk about a Christmas memory near and dear to her heart. In a surreal flashback, she re-enacted her life as a 15-year-old living in Nazi-occupied Holland when food was scarce due to the brutal Dutch famine that killed tens of thousands of citizens.

Hepburn recalled: “Well, I’d heard one could sleep and forget hunger. Perhaps I could sleep all through Christmas. I’d try.”

In her 1951 debut for American TV audiences, actress Audrey Hepburn re-enacted her wartime experience during the Nazi occupation of Holland. “We, the People”

While the program ended on an upbeat note due to a delivery of potato rations, it’s painfully clear the war had had a lasting impact on the Oscar-winning actress.

Hepburn’s older son, Sean Ferrer, explained: “I think that this is one of the reasons why she wanted to do the UNICEF work, is that she remembered so vividly herself and her emotions as a little girl and living through the war.”

Hepburn’s younger son, Luca Dotti, explained that his mother suffered from severe malnourishment at the end of World War II, weighing only 88 pounds. Dotti told Mo Rocca that the stress of the war stayed with his mother the rest of her life, but she hid it well. “My mother was then a survivor … You always have this duality – you are happy to be alive, but you have this sense of guilt because the person next door didn’t make it.” 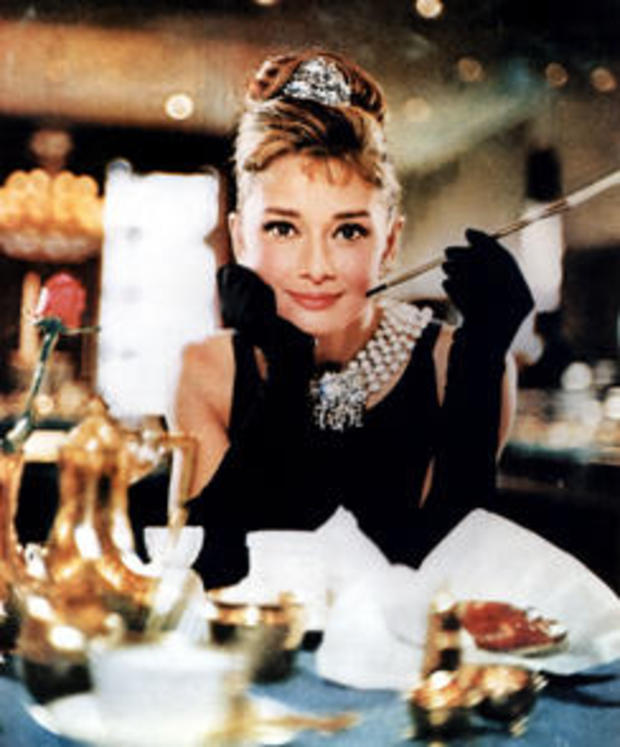 In a 1989 CBS News interview, Hepburn revealed: “I read the diary in Dutch, in galley form, when it was still being edited. And it was one of the most devastating experiences I’ve ever had. Because more than just reading a book, it was like having the whole war played back to me.”

Anne Frank’s father, Otto Frank, tried to convince Hepburn to play the part of his daughter on the screen, but she turned it down. “She thought it would kill her,” explained Ferrer. “She actually believed that it would somehow, you know, kill her to do it because she felt so close to her, and she was crushed that she made it and Anne Frank didn’t.”

Rocca also explores Hepburn’s enthusiastic fan base in Japan, and recounts his own personal encounter with the star in her later years.

And then there’s the story of Hepburn’s passing, which coincided with President Bill Clinton’s first inauguration in 1993. Rocca asked the former president if he was aware that she died the same day he entered the White House.

To hear his surprising reaction and much more, listen to this week’s episode of “Mobituaries.”

You can download the episode on Apple Podcasts, Google Play, Megaphone, Stitcher, or Spotify. New episodes are available every Thursday.