More To The Story: The Teen filmmaker

DALTON, Georgia (WDEF) – STEP Studio in Dalton is getting ready to premiere its first ever piece of work. STEP stands for students,team, entertainment and production. Jacob Poag is the president, a 17 year old junior at Christian Heritage School. Noah Crump is the head editor, a 17 year old senior at Coahulla Creek. 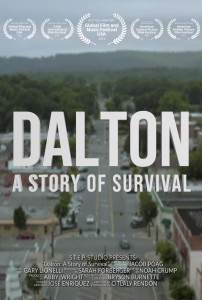 They’ll be showcasing a documentary called “Dalton: A Story Of Survival.”

The 53 minute doc has already won multiple awards. So one might ask…how did Jacob Poag do this? How did he come up with this idea?

“It came to me in a short period of time. I’ve never been a film guy. Never taken a film class. Never read a film book. I’m doing this stuff basically on intuition.”

It’s certainly worked. Jacob started his non-profit in January of 2020. Learning a lot from You Tube videos. Besides Dalton, there are now four other braches of STEP Studio. Involving between 30 to 40 students.
Poag says making the documentary turned out to be a welcome challenge.

“Teaching outselves how to do it. Keeping the team together. It was difficult. And that one long year putting it together, giving up weekends, that was the hard part.”

But it looks as if the work was worth it. Poag says the Dalton community is on board with the project. He has sponsors as well.
Noah Crump says having the backing of the locals is very meaningful!

STEP Studio is putting up posters to make folks aware of the big premiere, which is Friday, March 4th, 7:30, at the Wink Theater in downtown Dalton.
From Dalton, Dave Staley, News 12 Now