The 22-month old strangled in the backseat of a car, just inches away from where her mother was sleeping 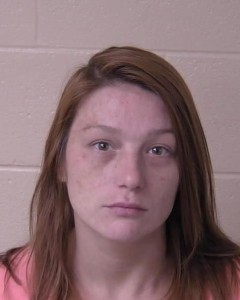 LAFAYETTE, Georgia (WDEF) – A jury convicted a north Georgia mother of Involuntary Manslaughter for the death of her toddler.

Prosecutors say 25 year old Kyla Ann Padgett was asleep in the front of a car while her 22-month old girl in the back was strangled in the rear window.

They say Padgett and a male friend went out into the woods and slept overnight in the car.

Prosecutors also say the mother was using meth and marijuana at the time.

The adults fell asleep in the front seat, the male rolled down the windows around 8 AM and went back to sleep, and they found the child dead several hours later.

Officials believe the toddler stuck her head through the window and then stepped on the power window switch, while her mother was asleep just inches away.

Prosecutors say the mom admitted to taking the drugs during the day before and tested positive for them.

They also told the jury that the car was just a quarter mile away from the home where Padgett lived with her mother, who often cared for the child.  But they did not take her there that night.

District Attorney Chris Arnt concluded “The defendant chose drugs over her daughter that night and it cost Ryleigh her life.”

“We are heartbroken over the loss of Ryleigh’s life but hope that the jury holding this defendant accountable
for her actions will send a message to others that may save other children’s lives.”