3 feet in the station, deeper outside

NAPLES, Florida (CBS) – Hurricane Ian covered southwest Florida with the sea as it cut across the state this afternoon.

One of the most powerful storms to ever hit the U.S. knocked out power to 1.6 million people and trapped untold numbers in their homes.

Ian brought an unusually strong storm surge with it. 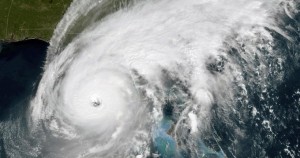 In Naples, the first floor of a fire station was flooded.

Firefighters had to salvage their gear, but couldn’t save the fire truck in a video posted by the Naples Fire Department.

Naples is in Collier County, where the sheriff’s department reported on Facebook that it was getting “a significant number of calls of people trapped by water in their homes” and that it would prioritize reaching people “reporting life threatening medical emergencies in deep water.”