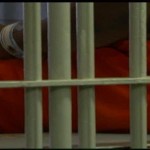 Beginning July 1st several new laws will take effect to protect victims of crime and crack down on violent criminals.

The most notable new law titled Truth in Sentencing will make Tennessee the state with the toughest penalties in the entire nation for violent criminals.

The truth in sentencing law will require a person convicted of certain violent offenses to serve the full term of their sentence. Tennessee is the only state with this standard. Sen. Jon Lundberg who sponsored the bill said he hopes Tennessee sets a new bar for criminal justice.

“If the message is ‘Boy, in Tennessee if you do these crimes they are really tough on you.’ That’s not a bad message and frankly anyone who would be thinking about one of these crimes would hopefully not do that because that message is it’s very serious and you’re going to serve 100 percent of that sentence, what ever that sentence is. We don’t have statistics on this yet, because obviously were the first in the country to do it but hopefully we’ll be setting the bar and hopefully it’s a pretty high bar,” said Lundberg.

Keeping violent criminals away for longer sentences is estimated to cost 25 million dollars. Lundberg said the state has allocated $22 million in the budget for this new bill.

“We put in $22 million into the budget because we know that it”s going to cost more, because we know there’s gonna be people sentenced to these crimes and they’re gonna spend a hundred percent and that’s going to cost the state money. We’ve allocated for that and hopefully over time that will change as obviously we try to disincentives people from doing these types of crimes,” Lundberg said.

Sen. Lundberg sponsored another bill taking effect on July 1st, that will prohibit any sexual offender from renting or offering to rent a hot tub swimming pool or any other body of water used for swimming.